Mick McCarthy is set to arrive in Dublin this weekend to speak with the FAI, while Dundalk boss Stephen Kenny is also due to meet the association as they begin process of replacing Martin O'Neill as Republic of Ireland manager.

The FAI hope to make a swift appointment and despite a number of names being mentioned in connection with the vacant managers job, RTÉ understands that these two candidates are the FAI's preferred options at this point.

After initial indications that McCarthy was the preferred candidate, Kenny has been added to the shortlist with the FAI hopeful the process could be completed within a week.

RTÉ understands that a role within the coaching set up could be offered to Robbie Keane and that McCarthy - who gave Keane his international debut in 1998 - would not be averse to working with Ireland’s leading goal scorer.

McCarthy is currently without a club after leaving Ipswich in April

He first managed Ireland from 1996 to 2002 and led the country to the last 16 of the World Cup in his final year in charge but his reign was overshadowed by a row with Roy Keane in Saipan and he resigned after a poor start to Euro 2004 qualifying.

After leaving Ireland he had spells in charge of Sunderland, Wolves and Ipswich.

Kenny is the most successful League of Ireland manager in recent times and has won the Airtricity League Premier Division title in four of the last five seasons.

Asked about the Ireland job this morning, Kenny described managing Ireland as the "greatest honour".

Former Ireland defender and current Brighton boss Chris Hughton has ruled himself out of the running.

Meetings with the leading candidates are expected to take place over the weekend and, with FAI board approval, a swift appointment could be made and a new management team in place in time for the Euro 2020 draw in Dublin on Sunday week. 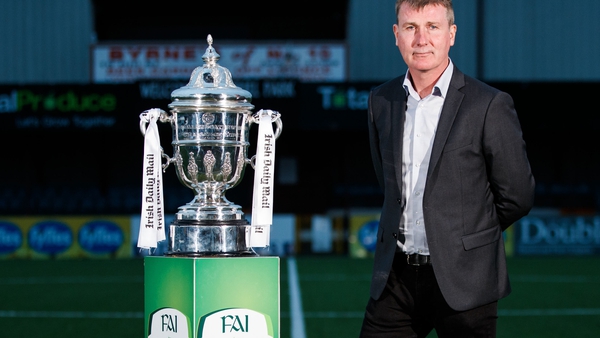 Eoin Hand: Choosing Mick McCarthy ahead of Stephen Kenny would be short-term thinking