Chris Hughton is the "ideal candidate" to get the Republic of Ireland back on track, according to John Aldridge, but he admitted the FAI would have their work cut out to lure him from Brighton and Hove Albion.

Aldridge soldiered with Hughton on international duty, most memorably at Euro 88, and is a big admirer of the 59-year-old.

Hughton served as Brian Kerr's Ireland No 2 in the early to mid-noughties before embarking on a managerial career that's seen him helm Newcastle United, Birmingham City, Norwich and now Brighton.

After Martin O'Neill's departure on Thursday, the FAI are on the hunt for a new boss. Aldridge concedes they've a tough job on their hands.

"For me he'd be the ideal candidate but that's not going to happen.

"Mick [McCarthy] did a decent job [with Ireland] when he was there. He's since gained more experience, he's been around for a lot longer. Can he come back and revive us? I don't know.

"It's a tough one for the FAI but whoever they look at getting, they've got to think long and hard.

"We have got some very good young players. If Iceland can do it, if Greece can do it, it's not impossible to get us back on track." 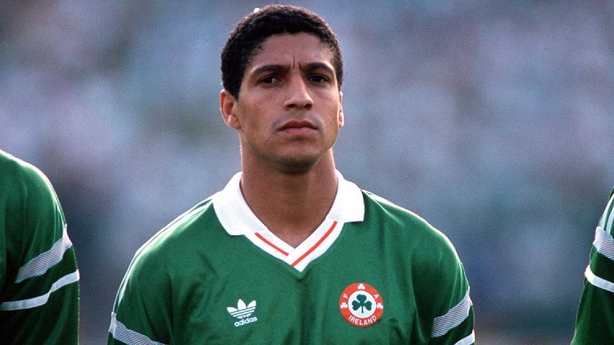 Aldridge suggested that whoever takes the reins needs to get back to basics and make the team hard to beat again, adding that O'Neill "did the best he could" with the players at his disposal. Ultimately, things got stale under the Derryman.

"I always remember Jack Charlton saying to me, 'players do get sick of you if you stay too long', the same voice going over the same things. Sometimes you can fall away. I was the same at Tranmere Rovers.

"One thing we've always had is a decent defensive structure. We didn't really concede many goals over the years to get us where we had to get to.

"To suffer some of the defeats of late, that was hard to take. Obviously we've not been scoring goals. You don't score goals you don't win games.

"We haven't got a Robbie Keane now who can get you out of jail."