Richie Sadlier has questioned Martin O'Neill's tactical approach as Ireland manager ahead of the Nations League clash with Wales at the Aviva Stadium.

Ireland welcome the Welsh to Dublin and will be hoping to gain a measure of revenge for the 4-1 hammering they suffered in Cardiff back in September.

That defeat, coupled with Saturday’s disappointing home draw against a Denmark side without Christian Eriksen, means that Ireland currently sit bottom of their Nations League group and a second defeat against Wales would see them move perilously close to relegation.

O’Neill has come under scrutiny for his negative tactics in both of those games, as well as his poor recent record of just one win in eight games.

The Irish boss appeared to justify his tactics in yesterday’s pre-match press conference by questioning the ‘technical ability’ of the players he has at his disposal.

The Irish boss said: "On technical ability we’re short, I think anyone in the auditorium would see this, we’re technically short. We’re not short of heart."

That excuse cut little mustard with Sadlier and speaking to RTÉ Sport, the former Ireland international insisted that O’Neill has questions to answer about the style of football he sends his team out to play.

"I’d wonder what the players think when they hear their manager coming out and speaking about them like that," he said. "There’s been no question about the players’ heart or attitude.

"I think that a lot of the questions are around this Irish squad and the team and how they play and the results and the performances.

"I don’t think people are unrealistic about the quality or the standard of the players, I think a lot of the focus repeatedly comes back to the use of the players, how are those players handled? How are they being managed and prepared for games?

"In what way are they set up to play? We saw a game on Saturday at home to Denmark in which there was very, very little attacking intent shown at all.

"The team played with very little purpose, were very defensive minded and didn’t get their first shot on goal until the 71st minute.

"These are Ireland’s performances at home in Dublin in games where we’re supposedly sent out to win." 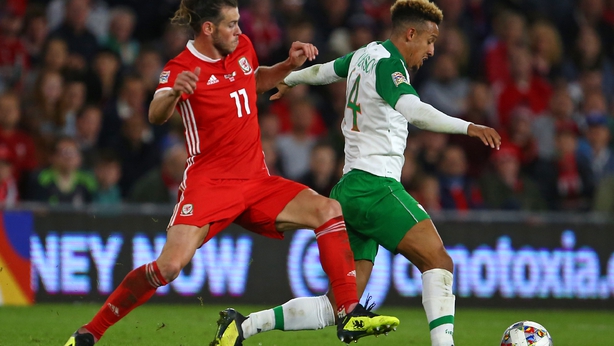 Ireland have been handed a boost ahead of the game thanks to a series of absentees from the Welsh squad.

Real Madrid’s Gareth Bale is out injured, teenage sensation Ethan Ampadu is also missing while Aaron Ramsey has left the squad to be with his wife after the birth of twins.

Sadlier sees Bales absence in particular as a major boon for Ireland and he’s hoping that it will encourage O’Neill to take a more attack minded approach against the Welsh.

"Wales have only won three competitive international games without Gareth Bale since he became and international in 2006," he said.

"Anytime that’s put to Martin O’Neill he’s quick to point out the number of players that Ireland are missing.

"It is a great opportunity for Ireland to quickly erase the memories of how negative and defensive the performance on Saturday was.

"It [Bale’s absence] is a boost, absolutely a boost if the team you’re playing against are missing two or three of their best players, so we’ll hope for a little bit more attacking threat tonight."