Dundalk's Chris Shelds is keen that his side maintain the momentum that has seen them stand on the cusp of regaining the Airtricity Premier Division title.

Shields scored the winner in last Friday’s win over Cork City at Turner’s Cross – a result that left the Lilywhites nine points clear of John Caulfield’s side with a game in hand.

The game in question comes this evening against Derry City at Oriel Park, kick-off, 8pm. A win for Dundalk would leave practically unbackable to regain the league crown with four games to play.

"Until it's mathematically done, I won't rest," was a cautionary note outlined by Shields when he spoke to Soccer Republic Extra.

"The game against Derry is huge. A win will be a big factor in putting things to bed, four games to play, we have a massive goal difference. 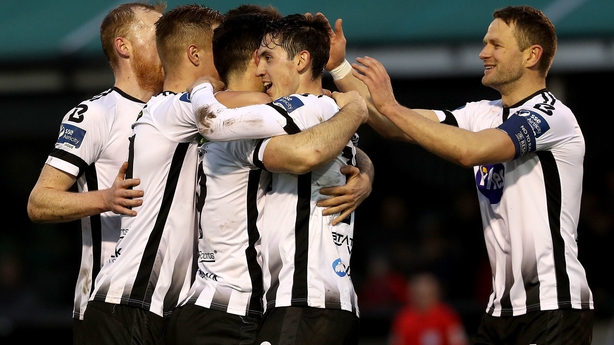 "It's important for us now after been on such a high against Cork to go and match that against Derry.

"We don't want to fall flat on our face after having such a good victory down there."

Shields has been tremendous form for the Co Louth club this term – and seven years on from joining – is close to winning more silverware with the prospect of FAI Cup success to round off this campaign.

"In 2012 I didn't know whether I'd be playing any sort of full-time football," he recalled.

"It’s unthinkable to think what has happened since.

"To be on the verge of a fourth title in five years along with winning league cups and FAI Cups is just brilliant.

"It's definitely the best season I've ever had, physically I'm in the best shape I've ever been in."

Dundalk have he same squad as Friday evening and will be without the services of captain Stephen O’Donnell who continues his recovery from a broken leg and Karolis Chvedukas underwent an ankle operation earlier in the week and has been ruled out for the remainder of the campaign.

For Derry, Dan Seaborne’s injury has given the Eoin Toal a place in central defence with Aidy Delap while Shane McNamee also come into the reckoning.