The FAI has said that Limerick FC players will receive the money they are owed on Tuesday after continued negotiations with the club.

Limerick players have not been paid in a month and were scheduled to meet at 12pm tomorrow. RTÉ Sport understands the players were to ballot for strike action.

This evening the FAI released a statement indicating that an agreement had been reached.

"Following meetings with the FAI and the club over recent weeks, Limerick FC have this evening confirmed a resolution whereby the club’s players will receive monies owed to them by Tuesday (17 July).

"The club have been informed that they will not be permitted to sign any new players for the remainder of the 2018 SSE Airtricity League season.

"The FAI will continue to work closely with the club to monitor their financial situation." 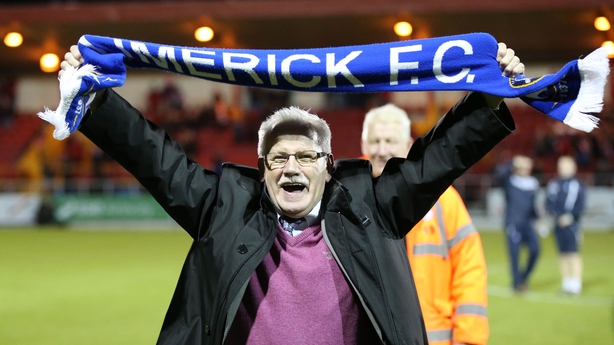 Owner Pat O’Sullivan appealed for investment at the start of this year or to sell all his shares in the club, saying he was no longer in a position to fund the Super Blues.

He added there is "a financial gap in building the bridge between producing local players and taking Limerick team into European club competition of typically €500,000 per annum on the basis of the income and expenditure structures at the moment."

It led to several of the club’s highest earners departing this month when wages went unpaid. Replacements arrived in the form of amateur signings.

They were eventually paid, but they have not received payment since and are set to follow the Bray players' action.

Earlier today the FAI imposed sanctions on Bray Wanderers following the club’s failure to meet the 5pm deadline to pay its players.

FAI director of competitions Fran Gavin said on Saturday Sport on RTÉ Radio 1 at the weekend that he had been given "commitments" from Bray Wanderers officials that they would pay their players by this afternoon, but the deadline passed without the players receiving payment and the FAI has confirmed it has taken action against the club.

The Airtricity league club will not be permitted to register any new players for the remainder of the current season, and has been removed also from participating in the 2018-19 IRN-BRU Scottish Challenge Cup.