Cork City suffered late heartbreak in their Champions League first-round qualifier on as they were beaten 1-0 by Legia Warsaw thanks to a stunning strike from Michal Kucharczyk.

The Poland international’s remarkable effort from all of thirty yards was enough to give Legia the advantage going into next week’s return leg in Warsaw at the expense of a spirited City side.

City made four changes to the side that was held to a scoreless draw by Shamrock Rovers in their last outing on Friday night.

Barry McNamee and Jimmy Keohane returned in place of Kieran Sadlier and Graham Cummins, while Mark McNulty failed a late fitness and was replaced by Peter Cherrie.

Damien Delaney was handed his first competitive start for the club since returning as he took over from Alan Bennett. 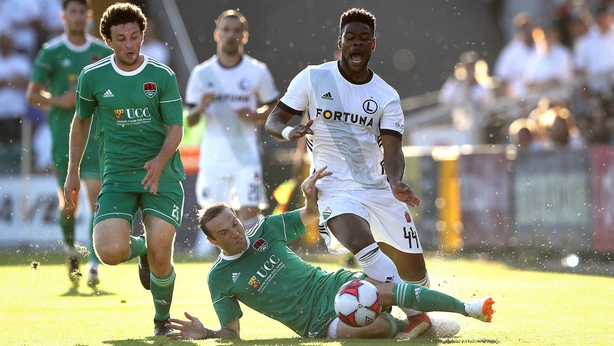 And the new Cork number 17 had his first touch in the opening seconds as he sliced a cross just wide of his own goal.

Thankfully for the sold-out crowd of 5,795, the subsequent corner came to nothing and the Leesiders quickly settled into their first Champions League fixture in 12 years.

The League of Ireland side ought to have taken the lead after 13 minutes but McNamee was guilty of spurning a glorious opportunity.

City pressed the Legia back three inside their own area and after the ball broke for McNamee, the former Derry City man failed to get a decent connection on his shot under pressure. 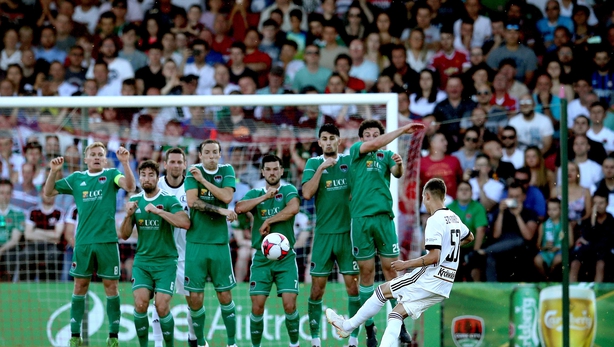 The Polish double winners, who have won five of their last six domestic titles, responded well to that let off and youngster Sebastian Szymanski went close with a free kick in the 21st minute but his effort sailed just over the top right corner.

The 19-year-old, who was named in Poland’s preliminary 35-man squad for the World Cup, had a glorious chance to break the deadlock moments later.

A hopeful cross from the right skipped off the head of the Cork defence and fell kindly to Szymanski in front of goal but despite taking an excellent first touch, he could only drive his strike over from close range.

John Caulfield’s side have kept 10 clean sheets in their 12 home matches so far this season and they continued to look resilient here as they reduced their opponents to half-chances as the opening 45 minutes drew to a close.

In fact, it was City who next threatened at the beginning of the second period but after Delaney’s header from a corner eventually fell to Conor McCarthy, the defender’s shot from a tight angle was smothered by Warsaw keeper Arkadiusz Malarz. 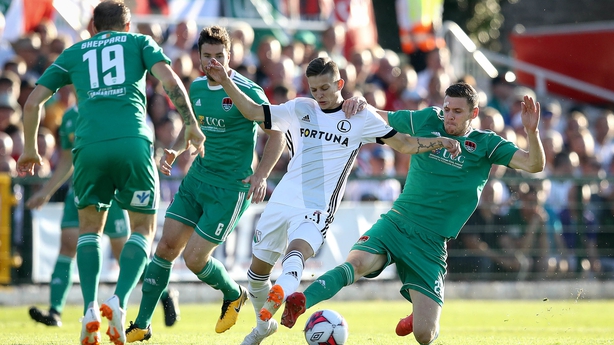 A frustrated Legia side, playing their first competitive game of the season, were restricted to shots from distance with both Sebastian Szymanski and Krzysztof Maczynski sailing attempts harmlessly over the bar either side of a great chance for Graham Cummins.

The striker replaced the injured Gearoid Morrissey and almost immediately broke clear on goal but his tame, poked effort was saved by the feet of the goalkeeper.

Just when it started to look like the Rebel Army would take a scoreless draw to the Polish Army Stadium for the return leg next Tuesday, Legia snatched the winner with 12 minutes remaining thanks to an incredible goal from Michal Kucharczyk.

The attacker stepped onto Krzysztof Maczynski clever short free-kick and sent his powerful strike past the outstretched Peter Cherrie and into the far left corner of the net from thirty plus yards.

Cork piled players forward late on to give themselves hope ahead of the second leg but it wasn’t to be as Legia hung on to the victory. 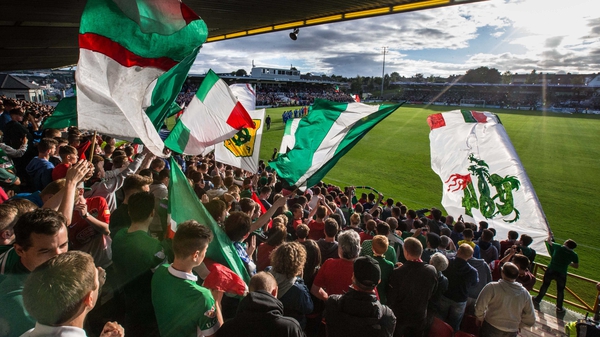 Cork back at top table and dreaming of 'magic occasions'