England and Manchester City playmaker Raheem Sterling is baffled by the constant criticism of his lifestyle by a section of the media which convinces the 23-year-old that "they hate what they don't even know."

Sterling, who started England's opening World Cup win over Tunisia in Group G on Monday, has received negative media coverage over his allegedly "lavish" spending habits, including when he bought his mother a house in 2016.

The former Liverpool forward was most recently criticised for a tattoo of a gun on his leg, which was a symbol to mark the death of his father at a young age but was misconstrued by the media and led to an uproar.

"You know, it's sad that I even have to say this, but I'm going to say it anyway," Sterling wrote in a column for The Players' Tribune.

"There's a perception in certain parts of the media that I love 'bling.' I love diamonds. I love to show off. I really don't understand where that comes from.

"Especially when I bought my mum a house, it was unbelievable what some people were writing. I think it's really sad that people do that. They hate what they don't even know."

"I'm telling you right now, England is still a place where a naughty boy who comes from nothing can live his dream"

In the lengthy article, Sterling outlines his struggles growing up, including cleaning hotel bathrooms with his mother at the age of six, and the sacrifices his family made to support his dream.

"If you grew up the same way I grew up, don't listen to what certain tabloids want to tell you," he added.

Sterling is expected to feature in England's second group game against Panama on Sunday before Gareth Southgate's side face off against Belgium in the final group match. 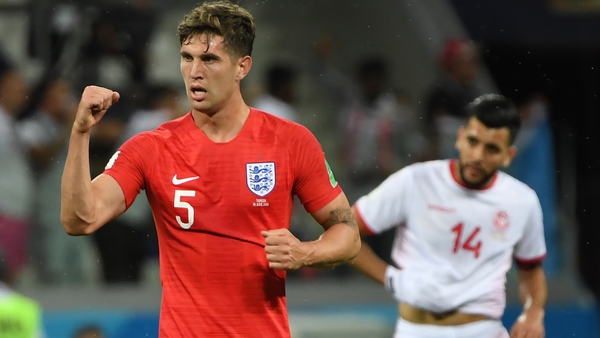