John Stones is thankful to Gareth Southgate for keeping the faith during his difficult end to the season - and World Cup rival Vincent Kompany for inadvertently boosting England's chances.

Preparations are under way for Sunday's penultimate Group G match against Panama, with the Manchester City centre-back surely a shoo-in to start in Nizhny Novgorod.

Stones was taken aback by when described as England's defensive kingpin, yet he has established himself at the heart of the back three and started the Three Lions' last nine matches.

It is a far cry from life at City. Stones struggled for game time in 2018 and missed two months towards the end of the season, yet Southgate's faith never wavered.

"I spoke to Gareth," he said. "I got a lot of little injuries and things that weren't said out in public. That's why I wasn't in the squad as much.

"I wanted to make sure I was right to fight for my spot at City and I never took my spot for granted in the England team. Never will, or ever think like that.

"I knew I had to fight right until the end, even though some people may say different. 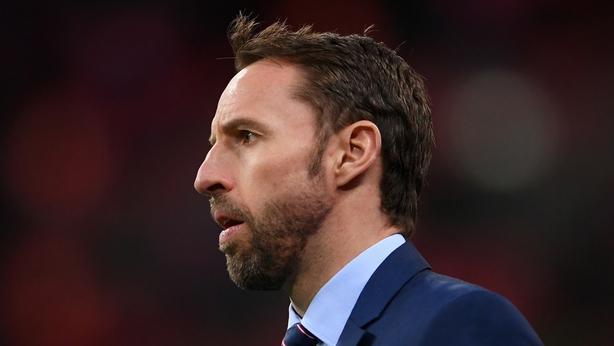 "Gareth's shown a lot of faith in me. I can't express enough how thankful I am for that.

"Sometimes you're in difficult spots as players where form's not right and he's got a difficult decision to make whether 'should I play him or not'.

"He knows us well enough by now, our characters, individually they're all different, it's down to him."

Stones is learning a lot from Southgate, just as he is from City boss Pep Guardiola and skipper Kompany.

The Belgium defender has been passing advice onto his team-mate and may have unwittingly aided England ahead of their Group G meeting on June 28.

"I remember Vinnie was injured in my first season, and this season obviously, but he got some clips that he wanted to help me out with," Stones said of "class act" and "born winner" Kompany.

"We speak after games and how things went.

"We got some clips, sat down together and he wanted to give his advice and opinion on these actions.

"For someone to do that and try to help me as a young player, it says a lot about the person.

"I look up to him as a captain and a friend because of the things he has done for me in the last two years."

Reduced to a watching brief at Euro 2016, he was a standby player at the last World Cup and watched Roy Hodgson's men collapse in the group stage from afar.

"I was very nervous going into that England squad. It's difficult to say.

"It was a very fresh feeling when I went into the squad and I felt I had to kind of show the lads what I could do and almost tried a bit too hard.

"It was a great experience for me getting two caps out in Miami.

"I was young, very young, at the time and I felt maybe I had to prove myself to a lot of my heroes, to be honest. Playing with heroes and a lot of players I'd watched over the years.

"It was a lot of things to take in. I was enjoying myself and kind of just going with it.

"I would have loved to have been on that plane, but I think now that's put me in a better position coming into this World Cup."

Stones learned a lot watching that World Cup, just as he picked up a lot from the Tunisia match.

"We knew how they were going to play but also how the referees are going to treat us," he added.

"I thought there were a lot of decisions the other night that weren't fouls - silly decisions that went both ways.

"Sometimes when we got a foul I felt it wasn't a foul.

"So, it's different from when you are playing in the Premier League to coming into a World Cup with a lot of foreign referees who are used to a different style of football.

"That's a different thing in itself to adapt to." Argentina looked tactically lost at times, with Croatia continually getting joy down both flanks in the first half before boss Zlatko Dalic's ploy to press higher up the field paid dividends with Caballero's mistake.

"We knew that the last three of Argentina were a bit weaker and they would break down under pressing," Dalic revealed.

"The players did everything they were told. We had very good scouts analysing Argentina. We knew that they would play 3-4-3 and we adapted to that." 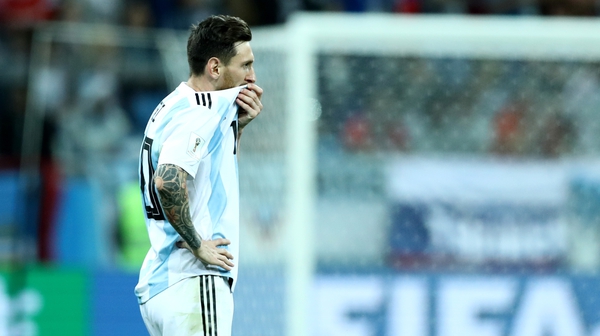