McGovern was stretchered off the pitch in Bray’s defeat to Dundalk last week and it was later confirmed that the player suffered both a broken fibula and ligament damage.

The 19-year-old underwent surgery during the week and Kelly revealed how Coleman, who has recovered from a similar injury, got in touch with McGovern.

Speaking the RTÉ Sport, Kelly said: "Our physio was working with the Ireland team in France on Monday evening and Séamus heard about the injury and when he saw it, he realised how bad it was and asked to get in touch with young Andy, which he did.

"He offered the support and if Andy needs anything in any way at all to just get in touch with him, so I think that just shows what a top class person Séamus is.

"It’s a great boost for Andy. When you’re on such a bad injury and you’ve had such a big operation like that to come out and get a message of the Republic of Ireland captain, it gives him a lift and his family which is great." 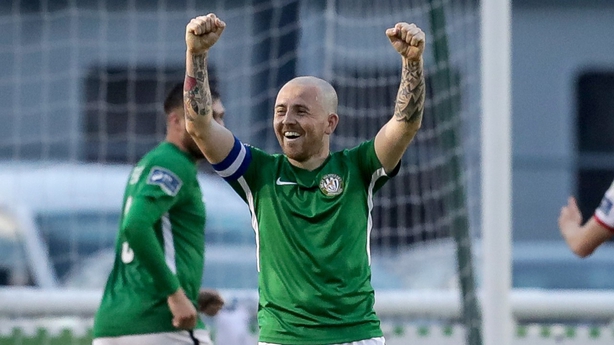 On the pitch Bray gave their survival hopes a big shot in the arm when they beat St Patrick’s Athletic 3-1 at the Carlisle Grounds on Friday.

While Bray remain seven points adrift at the bottom of the SSE Airtricity League Premier Division table, they closed the gap on second from bottom Limerick, who are currently experiencing major financial issues.

Kelly still believes that his side can battle their way out of trouble despite the points difference.

"It was fantastic, the lads have been brilliant," he said. "I was only saying yesterday in my programme notes it’s that our sixth game in 21 days with a squad that’s been hit with so many injuries and with so many young players.

"Each and everyone one of them has been fantastic and it was a thoroughly deserved win.

"We played a really good side tonight. Pat’s play some really good football, we’ve played them a few times this year so we know that.

"We’ve always thought we can get out of it and we continue to think like that, we have to. There’s a lot of football to be played and we’ll keep plugging away.

"We can only look at the team above us, the gap is seven points, so we’ll just keep taking each game as it comes and hope we can build on it."