Waterford will be without manager Alan Reynolds due to the assualt he suffered last weekend in Tramore, which completely changed their outlook following the 4-0 win over Derry.

Cork: Johnny Dunleavy is edging ever closer to a return to the squad after his long-term injury. Alan Bennett, Gearóid Morrissey, Conor McCormack and Garry Buckley have all had knocks over the last couple of weeks and will be assessed ahead of the game, with Caulfield hopeful that he will have a virtually full squad to choose from.

Waterford: John Kavanagh (knee) and Garry Comerford (foot) are out. Paul Keegan continues to struggle with a calm problem and is doubtful, while Stanley Aborah misses the game through suspension. Sander Puri is on international duty with Estonia. 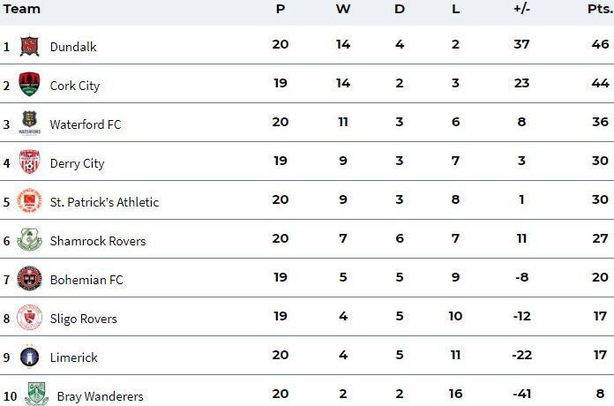 John Caulfield (Cork): "It takes time for players coming in to understand what Cork City is all about; the pressure, the phenomenal media coverage… We are unique down here and no-one understands that other than the people who are from here.

"It does take time for a team to gel, but you can see we are creating more chances over the last three or four weeks and we feel we have got better. I felt, from early on, that the team would get better as the season went on, and that is why it was important to get to the break and be right up there."

Paul Cashin (Waterford): "We’ve trained as we'd planned out with (manager) Alan (Reynolds), and we know it’ll be a tough test in Cork but it’s a test that we’ll relish. "We were delighted with the win over Derry City last Friday and with the manner of the performance, so we’ll be looking to carry that into Friday’s match in Turner’s Cross."

After a great run, the Saints were beaten twice last week and need to respond against a Bray side struggling with a number of injuries.

Bray Wanderers: Jake Kelly and Jake Ellis will both return to the match-day squad after taking a full part in training this week. Still ruled out through injury are long-term absentees Hugh Douglas, Andy McGovern and John Sullivan but Aaron Green, Rhys Gorman and Darragh Noone could be eyeing a return just after the mid-season break. Dylan Hayes suffered a tear in his hamstring last Friday game away to Dundalk and faces between 4-6 weeks out. Aaron Dillon, who has a back injury, has returned to Blackburn Rovers and Ronan Coughlan will serve a one-match match suspension having picked up 5 yellow cards.

St Patrick’s Athletic: The Saints are without the services of midfielder Jamie Lennon who misses out through suspension while Owen Garvan is injured.

Graham Kelly (Bray): "Having played St Pat’s 3 times already this season (2 League, 1 Cup) we know they are a really good team that keep the ball really well. Liam has a good blend of youth and experience to choose from and has quality players all over the pitch. From our own point of view we approach tomorrow nights game with a positive attitude, training has been good this week and our recent home form has shown signs of improvement with the 2-1 win over Derry and the 2-2 draw with Waterford."

Liam Buckley (St Patrick’s Athletic): "All this week we’ve just been concentrating on recharging the batteries, working on a few little things and encouraging the players to get back to some of the play we saw in recent weeks. Bray will be tough opponents and have improved in recent weeks under the guidance of Graham Kelly and Martin Russell so we know it will be a really tough game out in the Carlisle Grounds." 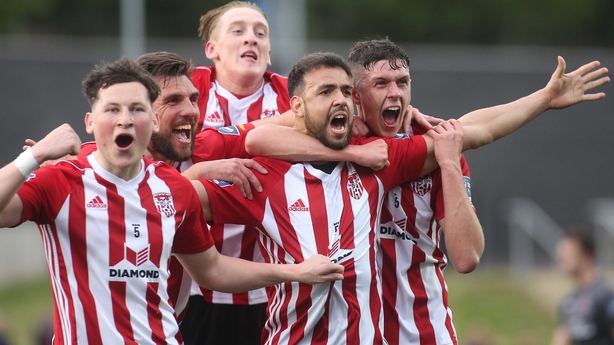 Two teams desperate for points clash in Derry. The home side conceded nine goals in their last two games, while pressure is mounting on Sligo boss Gerard Lyttle

Derry City: Rory Patterson is suspended. Eoin Toal has a slight back strain and is a doubt.

Patrick McClean returns from injury and suspension. Members of the Under-19 squad will be called into the squad again.

Kenny Shiels (Derry City): "The 10-team set-up has made it much more competitive and every team is capable on their day."

"We will have played Sligo at least 5 times by the end of this season having drawn them in the League Cup."

"The first two were hard fought and I’m not expecting the rest to be any different."

Gerard Lyttle (Sligo Rovers): "We’re really looking forward to taking them on to be honest. We’ve been much better at restricting teams recently and we want to create more and have a go more at teams. That’s going to be in our approach.

"There is a difficulty given we are missing so many defenders and even some makeshift defenders, but we’ll get on with it.We have faith in everyone we call upon in the squad." 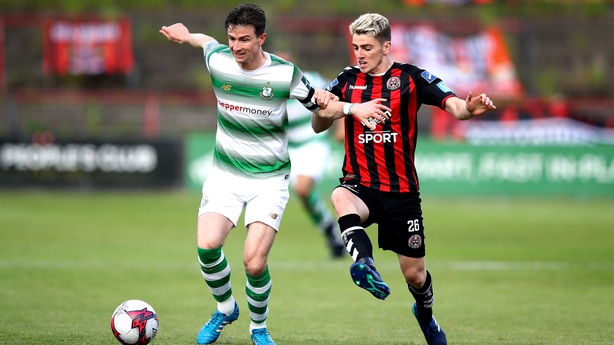 This is another big game in the battle to avoid the relegation play-off spot. Limerick have been struggling for goals with a number of their attacking players carrying knocks, while Bohs have yet to build on some positive play in their matches.

Bohemians:  Oscar Brennan misses out through suspension. Shane Supple will leave the Ireland camp to play.

Derek Pender (calf), who returned to the matchday squad last week, could replace Keith Buckley (groin) who is a doubt.

Keith Long (Bohemians): "The table doesn't lie. There has been very little between ourselves and them, although we were a bit frustrated we didn't go on and win it when they came to Dalymount.

"It's a big game for us. We want to extend the distance between us and the teams below us." 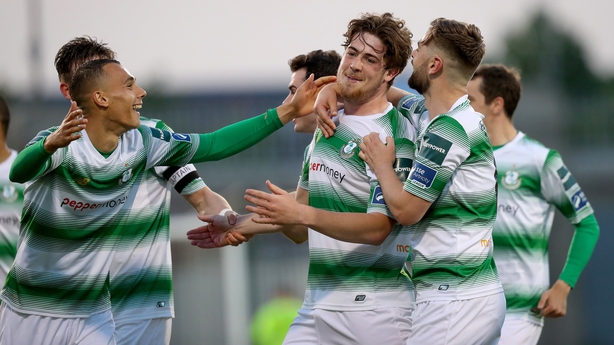 Once again, the onus is on Shamrock Rovers to get their season back on track as they current side outside of the European places.

The Lilywhites title challenge has been growing increasingly stronger and this is an interest test.

Shamrock Rovers: Graham Burke is away on international duty. Brandon Miele remains out while Sam Bone is a doubt.  Sean Boyd is back in training, while Kevin Horgan is another week away from fitness.

Dundalk:  They will be without Stephen O'Donnell with a broken leg amd John Mountney due to injured medial knee,ligaments.

Sean Gannon is still ruled out with fractured ribs.  Karolis Chvedukas has recovered from his ankle problem and was in the squad for last week's victory over Bray Wanderers.

Stephen Bradley (Shamrock Rovers): "Dundalk are doing really well so I imagine it'll be a good game. They're a top team, it's going to be a really difficult challenge for us but it's a game that we're really looking forward to. Our two games this season were close games, I think there hasn't been much in it either way and both of us had chances to win them"

Stephen Kenny (Dundalk): "The players are playing well at the moment. We are scoring a lot of goals and have a lot of confidence in the group. Shamrock Rovers have a very good home record. We know it will be difficult but the players are looking forward to the game.

"We have a lot of pace in our team. We are threatening every time that we go forward. The players are playing with real confidence at the moment and I want them to bring that confidence into the game."