A man has been arrested in connection with an assault on Waterford manager Alan Reynolds.

He was assaulted on Tramore's main street at around 1 am Sunday morning.

He suffered facial injuries and it's understood he underwent surgery this morning on a leg injury at University Hospital Waterford.

Gardai in Tramore this morning arrested a man under Section four of the Criminal Justice Act.

He is currently being questioned at Tramore Garda Station.

Waterford FC consultant Pat Fenlon has expressed his shock at the assault.

"He’s a fair few injuries, it will take a bit of time to heal, everyone is thinking about him, he’s done a fantastic job with the club, the supporters are all thinking of him.

"it’s a horrible situation, we see it all over the country on a regular basis and it’s disgusting to be honest." 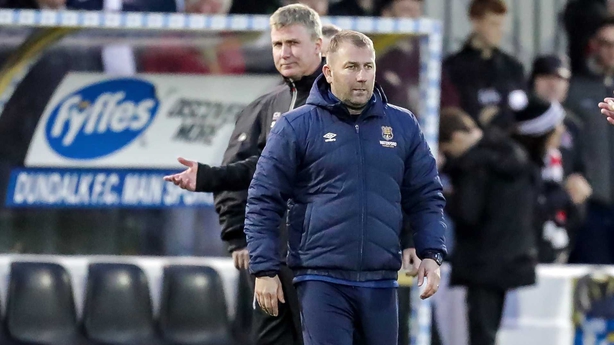 Earlier this year, Fenlon stepped down as Waterford Director of Football to take up a new role working for the club's owner Lee Power.

Waterford play Cork in Turners Cross on Friday and coach Paul Cashin is expected to step in as manager while Reynolds continues his recovery.

"It’s a difficult situation, a big game at the weekend, away to Cork, when you look at things like that football is in perspective.

"The game will go on and the result will be the result the main thing is that Alan recovers well and gets himself back, there are good lads there as well, Paul (Cashin) has plenty of experience in the league.

"They got a good win last weekend, got themselves back on track, but football isn’t really that important at this stage.

"There is talk of someone coming in, a player coach, whether that happens before the weekend I don’t know."