Everton manager Sam Allardyce is making plans for next season at the club despite disgruntlement among some supporters over his playing style.

Speaking at his Friday press conference ahead of Saturday's Premier League game at Huddersfield, Allardyce said: "We discussed plans for next season yesterday with (club owner) Farhad (Moshiri). We have some clarity moving forward now."

Asked to confirm he was definitely on board for next term, he replied: "Didn't I just say that? For clarification, yes."

Allardyce, who took over in November following the sacking of Ronald Koeman, labelled his tenure so far  as "overall pretty satisfying".

"You always want to strive to do better, but because we started my reign so well, we built up great expectation it might be even better," he said.

"We've achieved a good way forward in the space of five months.

Allardyce drew comparisons between his coaching style and that of Atletico Madrid's Diego Simeone, who on Thursday night led his 10-man team to a 1-1 draw at Arsenal in the first leg of their Europa League semi-final.

"Entertainment is the (mastering) of defence in Europe - Simeone," the Toffees boss said. "Is that entertainment?

"We've not only achieved the goal (of staying up), we've played some extremely entertaining games." 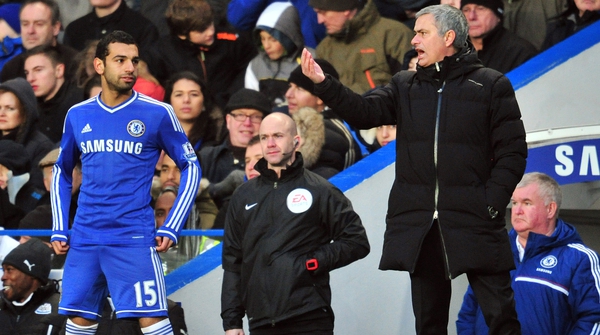 Mourinho: I bought Mo Salah, Chelsea decided to sell him