West Ham put their recent troubles aside to beat fellow-relegation battlers Southampton 3-0 and lift the atmosphere at the London Stadium.

While there were protests against the board outside Stratford station before the match, there were no repeats of the ugly scenes inside the ground which marred the defeat by Burnley before the international break.

Declan Rice - fresh from starring for the Republic of Ireland seniors and U21s last week - started in David Moyes' side, who moved 2-0 ahead inside the opening quarter of an hour.

Joao Mario, on loan from Inter Milan, put the Hammers in front following a swift breakaway after 13 minutes.

Before Southampton, in a first Premier League match for new boss Mark Hughes, could recover, they were further behind when Marko Arnautovic scored from close range.

Austrian Arnautovic - who played for Hughes at Stoke - made it 3-0 in first-half stoppage time with a volley.

West Ham move to 14th place while the Saints are still in the bottom three. 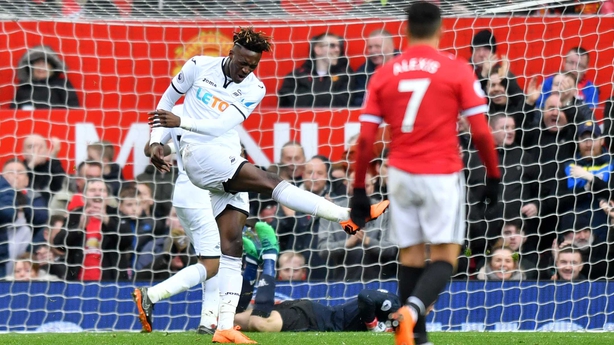 At the other end of the table, Manchester United remain second after coasting to a 2-0 home win over Swansea.

Romelu Lukaku fired the Red Devils, who play rivals Manchester City next weekend, in front after just four minutes with a deflected effort.

Alexis Sanchez added a second with a low finish on 20 minutes.

Earlier, Liverpool had kept up the pressure on United as they came from behind to win 2-1 at Crystal Palace with a late goal from Mohamed Salah.

The Eagles, scrapping for points to stay out of the bottom three, took the lead through a penalty from Luka Milivojevic on 13 minutes.

Sadio Mane equalised four minutes into the second half - and later was fortunate not to pick up a second yellow card - before Egyptian Salah secured all three points when scoring his 37th goal of the campaign with six minutes left.

Liverpool, though, saw England midfielder Adam Lallana carried off on a stretcher with a suspected hamstring problem shortly after coming on midway through the second half. 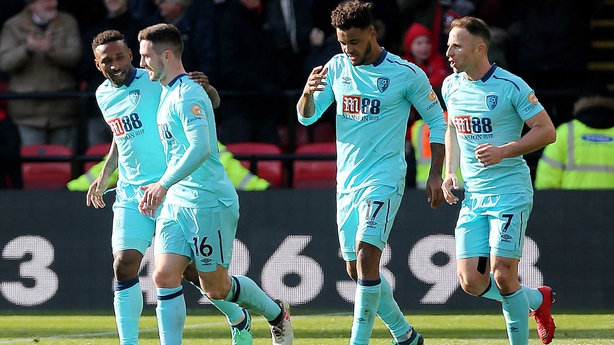 Jermain Defoe came off the bench to net a stoppage-time equaliser as Bournemouth snatched a 2-2 draw at Watford.

Kiko Femenia's deflected volley put the Hornets in front on 13 minutes, but Joshua King levelled things up from the penalty spot just before half-time.

Roberto Pereyra restored Watford's lead four minutes after the restart only for veteran forward Defoe to have the final say in added time.

Bottom club West Brom edged another step closer to relegation after losing 2-1 at home to Burnley.

Ashley Barnes' acrobatic finish put the Clarets ahead on 22 minutes and Chris Wood headed in with quarter of an hour left.

Although Salomon Rondon scored a late consolation, the Baggies were left 10 points adrift of safety with only six games to go. 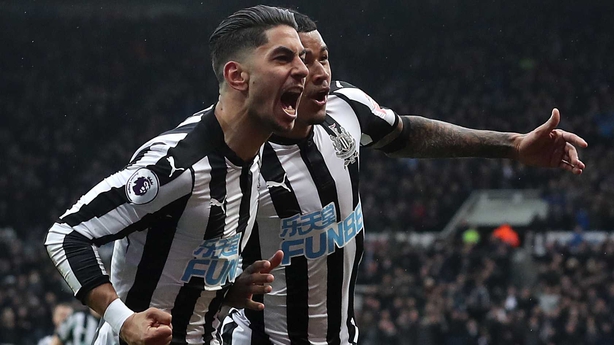 Newcastle boosted their own survival hopes and dented Huddersfield's with a 1-0 win at St James' Park.

Ayoze Perez struck with just 10 minutes left to push the Toon Army up to 12th and leave the Terriers only three points above the drop zone.

Leicester scored two late goals to beat Brighton 2-0 at the King Power Stadium, where they finished with 10 men.

Leicester midfielder Wilfred Ndidi was sent off for a second caution with three minutes left but Jamie Vardy slotted in during added time.