After a week away with the senior team, coupled with a man-of-the-match performance on his debut for Martin O’Neill’s side, Declan Rice’s international future looks very bright.

But if the game in Turkey was all about what we can expect from the young West Ham player in the green of Ireland over the coming years, the last-gasp Under-21 victory over Azerbaijan was all about the here and now for the teenage Rice.

The intention was always to play in the Euro 2019 qualifier with Noel King’s charges at Tallaght Stadium on Tuesday night, however, it would have hardly been a surprise had West Ham called the 19-year-old back to the east end of London following a demanding week away with the senior side.

But Rice had his heart set on returning to his mates in the underage set-up to help push for qualification for a tournament that Ireland have never before qualified for.

"To motivate myself to get back was an easy thing to do," Rice told RTE Sport after the game.

"It was a must-win game and after the high that I had in Turkey, I knew that this would be a more important game to be honest, as it was a qualifier.

"I was just looking forward to getting out there for the 21s, getting another appearance and getting a win." 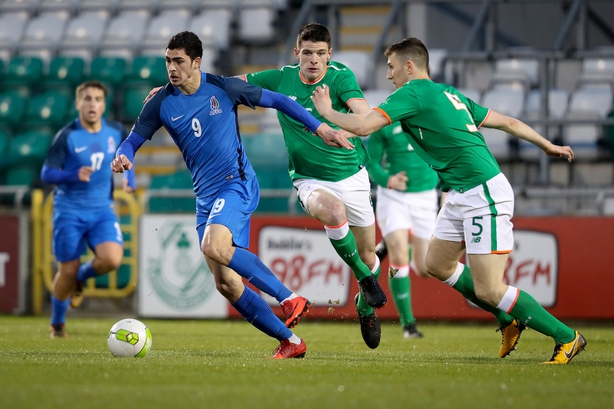 So while the rest of the senior squad returned to their clubs following the Antalya adventure, Rice checked in with the 21s in plenty of time to prepare for the Group 5 encounter with Azerbaijan.

"We want to be the first team to do it," said Rice "I’ve come back tonight to play a massive game, it’s great been away but it helped that was the week before and I could come back again and play for Ireland Under-21s.

"I think it’s important that I keep playing international football whatever level it is."

Rice was certainly a bit of a novelty with the first team last week, gaining rave reviews from both current and former players in relation to his performance against Turkey and the way that he handled himself all week in the international training camp.

But there was an air of familiarity for the teenager for the Dublin encounter as he slotted back into the Under-21s starting XI, sitting in midfield alongside club-mate Josh Cullen.

And there was no special treatment for the returning Rice, and no iconic number ten jersey for this particular outing.

Ryan Manning would be wearing that jersey, playing just behind the striker, while West Ham colleague Cullen donned the captain’s armband for King’s side.

The manager obviously knew he had a responsibility to help Rice with the transition and integration back into the underage set-up, and King was delighted with the player’s return and application.' 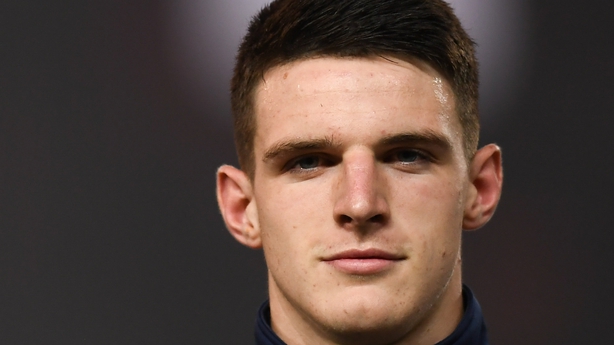 "It was a very difficult evening for Declan to come back," said King. "He is a terrific player and the expectation maybe that people had on him to be a Messi because of what he's done…he acquitted himself excellently."

Of course, Rice started for O’Neill at centre-half last week, but the talented youngster would have been wasted in that position for the Under-21s as Ireland enjoyed all of the early possession; the back four barely called into action.

And while the pre-match hype surrounded Rice, the midfielder remained relatively low key for the opening 20 minutes as he was happy to sit in front of the defence, slowly working things out in the middle of the park as Cullen was given leeway to push on.

Rice was actually caught in possession midway through the first half but the counterattack failed to ignite.

However, the momentary lapse of concentration appeared to kick the midfielder into gear, and then the quality of his performance grew, as did the team’s.

Always available to receive the ball, Rice’s game is built on a great first touch, immediate awareness and the ability to pick a pass and execute it at pace.

But if Rice is good with the ball, he proved to be equally adept when his side are chasing possession, with several perfectly timed, hard-hitting tackles across the midfield, breaking up many Azerbaijan attacks before they got going. 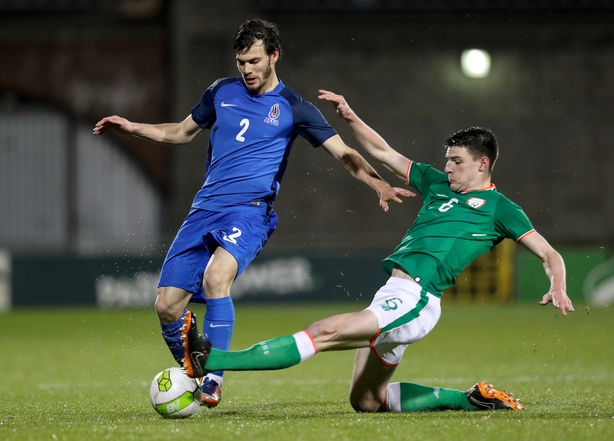 Overall, it was a below-par performance from the Irish team against the bottom side in the group, as they looked like they were about to blow their chance to stay in touch with Germany with the two sides yet to meet each other in the group.

"It was a frustrating game," said Rice. "I don’t know whether to feel happy now or frustrated. To get the win coming so late makes it special."

"With Germany and Kosovo drawing, that works in our favour with us winning," added Rice, as Ireland are now three points off top spot with a game in hand on the leaders.

"Noel and the backroom team have been excellent throughout the campaign. The boys, we’re all level-headed lads. We’re all looking to Italy in 2019 and that’s where we want to go.

"No one has qualified before and we want to be the first team to do it."

As Tuesday night’s game entered the latter stages, Ireland looked like they would not break down the resilient visitors, as penalty shouts were waved away and chances not taken.

But then the ball fell to Rice about 25 yards from goal. Time for a touch, a quick sight of goal and a curling effort that looked bound for the top corner.

A winning goal really would have wrapped up a perfect ten-day international sojourn ahead of Rice’s return to a Premier League relegation battle with West Ham.

But it wasn’t to be. Instead the ball just cleared the crossbar and nestled on the top of the net. 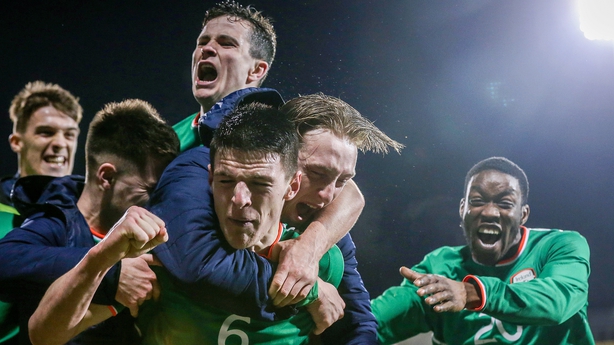 Although Rice is currently top of the pile when it comes to making that giant leap from Under-21s to senior level, the success of this particular campaign is the result of a talented bunch of players performing as a unit in an amicable atmosphere generated by manager King.

So it was most fitting to see the winning goal coming as a collective effort rather than a piece of individual brilliance, as the final, injury-time minutes of the game saw every green jersey give their all for the cause.

And how fitting, that for the first time in ten days, Rice was again just one of those band of brothers, celebrating a last-gasp victory, with the players that he has built a true bond in this Under-21 campaign.