Republic of Ireland captain Seamus Coleman says the reception he received from the Everton fans will live long in his memory after a man-of-the-match performance against Leicester in his first game for ten months.

Coleman had featured in an U23s game for the Toffees last week as he stepped up his recovery from a broken leg suffered against Wales back in March and was thrown in at the deep end for the 2-1 Premier League win over the Foxes at Goodison Park.

He told Ocean FM: afterwards: "It's great to get the kit on and be out there.

"I had to blank out a little bit of the reception I got because I needed to focus fully on the job at hand.

"Now that the game is done I can appreciate the response I got from the fans. It's a night I won't forget."

Everton boss Sam Allardyce was blown away by the quality and energy of the Donegal man's heroic return to action.

Allardyce admitted afterwards that he did not intend to leave the 29-year-old on for the full 90 minutes, but he was simply too good to take off.

"Of course, I have to mention the man everybody loves here, which is Seamus Coleman," Allardyce told Everton TV.

"The instant combination and work he did with Theo Walcott was a pleasure for them to see and for me to see.

"There was no intention to leave him on for 90 minutes, in our minds, but when you saw him do that 80-yard run at the end, you went 'wow!'

"Out for ten months, first game back, and then in the last two minutes of the game he runs 80 yards with the ball... I think his legs were so tired at the end of it he could hardly kick it." 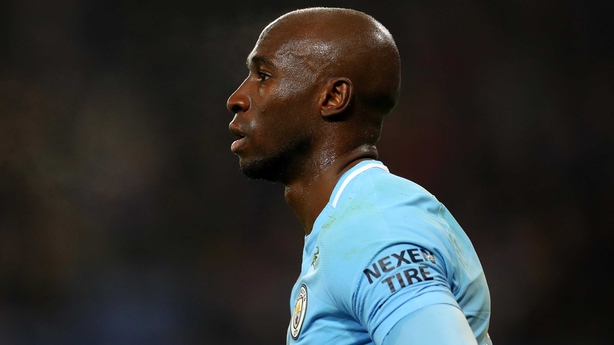 Meanwhile, Manchester City defender Eliaquim Mangala has completed his loan move to Goodison for the rest of the season, subject to Premier League clearance.

The 26-year-old has struggled to live up to his lofty price tag since arriving at the Etihad Stadium from Porto in 2014.

Mangala spent last term on loan at Valencia and made 15 appearances in all competitions for City this season.

However, the club-record arrival of Athletic Bilbao defender Aymeric Laporte has seen him join Everton for the remainder of the campaign subject to clearance.

"I am thrilled to have the opportunity to play for Everton," Mangala said.

"I cannot wait to pull on the royal blue jersey for the first time and give my all for the supporters."