Stoke City have made their move for Martin O'Neill and Roy Keane after Quique Sanchez Flores committed his future to Espanyol.

The Telegraph reports that the Potters are now fully focused on luring the Republic of Ireland management team to the English midlands as they look to stay in the cash-swamped Premier League. They are third from bottom and travel to Old Trafford to face Manchester United on Monday night.

Earlier on Saturday, Sanchez Flores announced that he intends to remain with Espanyol amid widespread speculation that he had been offered the position.

Flores had been expected to tell the La Liga club that he was bound for the Premier League strugglers.

Stoke-based BBC journalist Matt Sandoz told RTÉ yesterday that the Spaniard was Stoke's preferred choice and that he expected an announcement to be made soon.

However, Flores ended that speculation on Saturday afternoon, saying he is happy at Espanyol and wishes to remain with the club.

The former Benfica and Atletico Madrid boss said in quotes reported by the Spanish press: "I am and will be coach of Espanyol.

"I belong to Espanyol, I have a contract and I'm honest with this club. I'm well, absolutely content with my situation, and I don't have to explain anything else.

"I'm here and at no point have I said the opposite. It's the facts that matter and nothing else. The facts are that the players don't want to leave and the coach also continues." 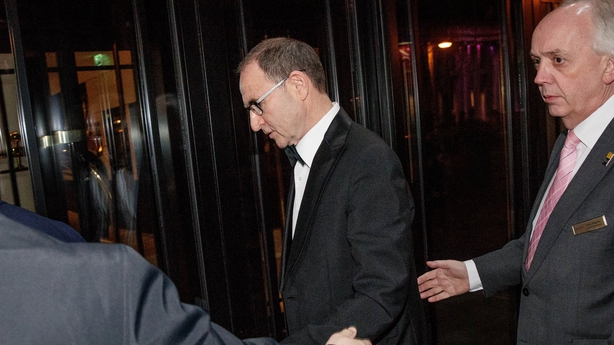 Earlier in the week, it was reported that O'Neill was a potential candidate for the vacant Stoke position and was personally keen on taking the job.

Talk of O'Neill departing for Stoke was quietened once Flores's name entered the discussion. However, today's confirmation of Flores's intentions means that the Stoke position remains up for grabs, and he appears to be the clear favourite now.

Although the Derryman has a verbal agreement with the FAI to extend his contract, nothing has been signed and O'Neill is thought to, technically,  be a free agent right now.

Ireland's next game is a March friendly in Turkey.