Quique Sanchez Flores is expected to tell Espanyol today that he's leaving them to take the reins at Stoke City.

Sanchez Flores refused to comment on the speculation last night after his team defeated Levante to reach the Copa del Rey quarter-finals, but the former Watford, Benfica and Aletico Madrid boss now looks likely to confirm his desire to manage the Potters.

The news comes as Martin O'Neill and Roy Keane, contrary to previous plans, are to attend tonight's Soccer Writers banquet in Dublin's Conrad Hotel. Their attendance suggests the pair will in fact be staying on as Republic of Ireland manager and assistant manager after days of speculation linking them with a return to the Prmeier League.

After reports that O'Neill was on Stoke's radar - and interested in the position - Stoke-based BBC Radio journalist Matt Sandoz yesterday told RTÉ Sport that Sanchez Flores is the Premier League strugglers' preferred option.

On Friday morning, Sandoz reiterated that stance, tweeting: "I understand Quique Sanchez Flores is expected to take the job at Stoke City. An announcement could be made today." 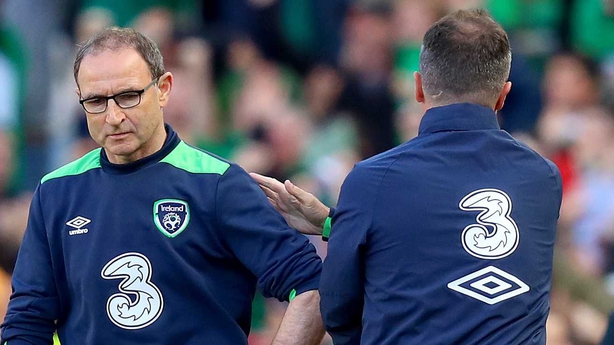 Spanish journalist Guillem Balagué also reported that Sanchez Flores has been offered the job, and posted an update on his YouTube channel claiming that the 52-year-old will accept it.

"He will announce today to the Espanyol board his decision. I think, unless he's changed his mind in the last hour or two, that he is going to say he is leaving, he's going to Stoke.

"It's a five-year deal, Stoke's CEO and two members of their board went to Barcelona to convince and they did convince him that there's money to be put in this squad now, there's money in the future and it doesn't matter if the team finishes in the  Championship because they are all convinced that there is enough there in terms of finances for Quique Sanchez Flores to push the team on.

"It looks like that the most likely decision is that he tells Espanyol he is leaving. Espanyol are looking already for a replacement."