Republic of Ireland manager Martin O’Neill had no comment for waiting media as he entered a banquet in Dublin on Friday night.

O’Neill and his assistant Roy Keane had been linked to the vacant position at Stoke but that role now looks likely to be filled by current Espanyol manager Quique Sánchez Flores.

Both men were in attendance at the Soccer Writers’ Association of Ireland banquet but did not respond to questions from RTÉ as they walked into a hotel in Dublin.

No comment from the manager or his assistant upon their arrival at the Soccer Writers' Banquet #rtesoccer pic.twitter.com/8xlda5VIUZ

It has been reported that Sanchez Flores has been offered a five-year contract by Stoke and that he would inform the club of his decision on Friday.

O'Neill is still seen as an attractive choice by chairman Peter Coates but Sanchez Flores could make his return to the Premier League next week, having previously managed Watford.

The 52-year-old is expected to tell Espanyol that he wants to leave to take over at Stoke but he refused to comment on the reports on Thursday night after his team defeated Levante to reach the Copa del Rey quarter-finals. 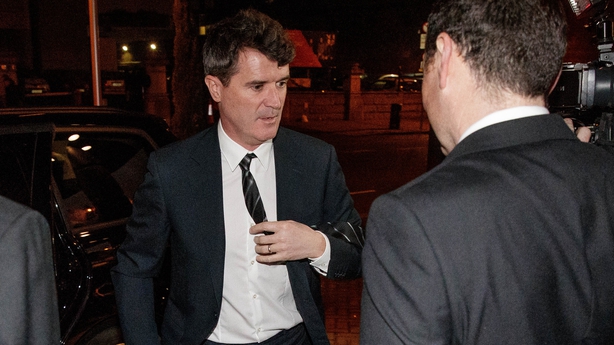 Speaking to the News At One on RTÉ Radio 1, Eamon Dunphy said: "It's embarrassing for the FAI. It appears that O'Neill, whilst having agreed a contract with the FAI was still open to offers from others.

"The contract was agreed in principle, but O'Neill delayed.

"He spoke to Stoke with a view to becoming their new manager but they appear now to have a preference for Quique Sánchez Flores.

"I believe the Stoke board were split on who they should appoint - in the end they've gone for Sánchez Flores."