"I can't think of any other Association that would allow their manager to stall in this way."

The words of Eamon Dunphy, summarising the uncertainty surrounding the future of Republic of Ireland manager Martin O'Neill and the FAI's role therein.

On 5 October last, O'Neill agreed a new contract to remain on as national team boss. We assumed he would in time sign on the dotted line, but no signature has yet appeared on any formal document.

And then this week, the Derryman was in the frame for the Stoke City job after Mark Hughes' sacking. However, the struggling Premier League side now look set to appoint Quique Sánchez Flores, prizing him away from Espanyol in La Liga.

Later this evening, O'Neill, along with his assistant Roy Keane, are due to attend the Soccer Writers' Awards in Dublin.

The whole saga does not show the FAI in great light, according to Dunphy.

Speaking to the News At One on RTÉ Radio 1, the pundit said: "It's embarrassing for the FAI. It appears that O'Neill, whilst having agreed a contract with the FAI was still open to offers from others. The contract was agreed in principle, but O'Neill delayed.

"He spoke to Stoke with a view to becoming their new manager but they appear now to have a preference for Quique Sánchez Flores.

"I believe the Stoke board were split on who they should appoint - in the end they've gone for Sánchez Flores." 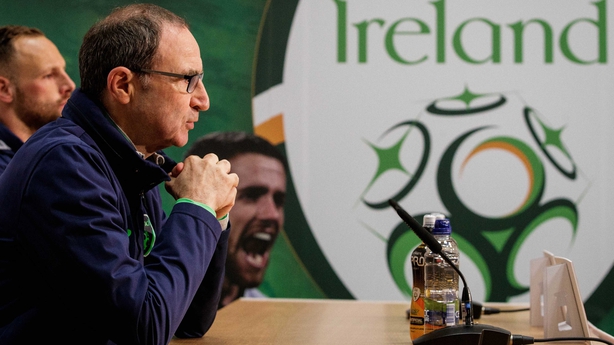 As to what the FAI should do now, Dunphy added: "The FAI now need to explain why having reached an agreement and made an offer, their manager hasn't accepted the offer and was making himself available to other suitors if you like.

"It's like being engaged - you shouldn't be going out with other people.

"It's embarrassing. You can't imagine the English FA or any other Association allowing a situation like that to continue.

Irish management team on their way to the Soccer Writers' Banquet - So what's next? pic.twitter.com/jaCOzr4gTe