The striker netted after Calum Chambers handled in the area to clinch a 1-1 draw just as it looked like Alexis Sanchez had given the Gunners victory.

Sanchez had been in the spotlight after Thierry Henry suggested there was a dressing-room rift at the Gunners after not all the team celebrated his first goal at Crystal Palace on Thursday.

But, aside from goalkeeper Petr Cech, the entire team ran to Sanchez before Rodriguez struck.

Despite the point the Baggies have now gone half a league season without a victory - 19 games - and will end 2017 joint bottom of the table. 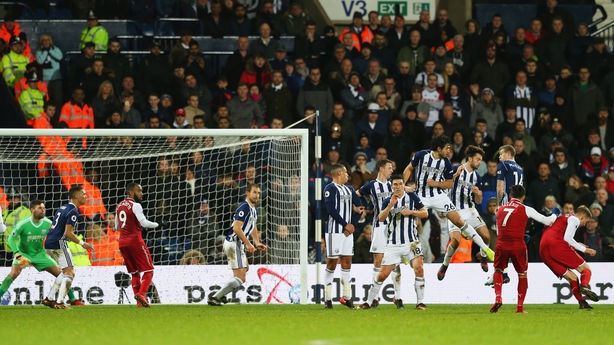 Arsenal rose to fifth above Tottenham but lacked imagination at The Hawthorns and sit 21 points behind leaders Manchester City.

In contrast, Albion are three points from the safety line with boss Alan Pardew still searching for his first win after seven games.

There was little wrong with the hosts' energetic performance though as they conjured the first opening after six minutes when Cech gathered Rodriguez's header.

Alex Iwobi should have then done better than to curl over after holding off Evans after 15 minutes.

But the Baggies, who have not scored more than two in a top-flight game since beating Arsenal 3-1 in March, matched the visitors. 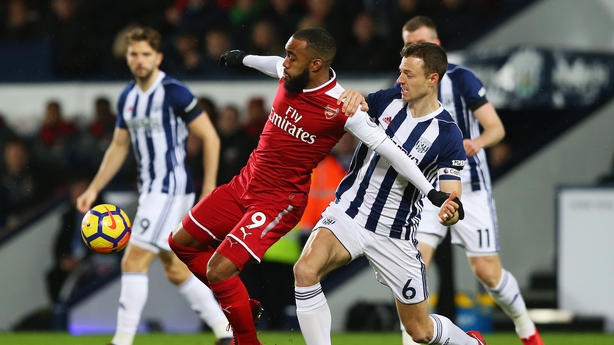 Yet they did so without a crucial goal and, with Arsenal dangerous on the break, Ben Foster saved from Granit Xhaka and Iwobi.

The hosts had little fear, despite their winless run, but their search for a first-half goal eluded them which should have given the Gunners encouragement.

Yet it was the Baggies who continued to press after the break, with Ahmed Hegazi hooking over, before Arsenal began to create on the hour.

Lacazette and Jack Wilshere had been quiet but they combined with Iwobi to allow Lacazette to skip into the area, only to be denied by Foster's legs.

And Cech beat away Rodriguez's drive before Arsenal stole ahead with seven minutes left.

Gareth Barry upended Sanchez on the edge of Albion's area and the Chile international's free-kick struck James McClean to bounce into the bottom corner.

Albion still claimed a point, though, when Rodriguez beat Cech from the spot in the 89th minute after Chambers handled Kieran Gibbs' cross. 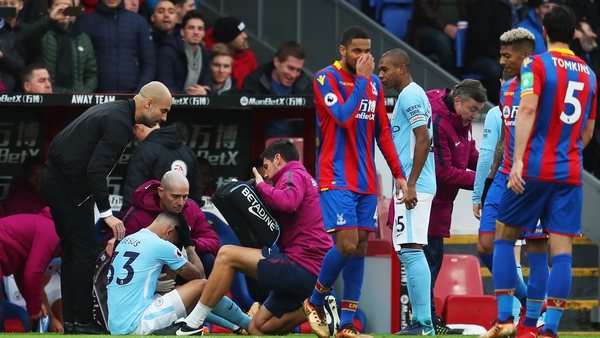 City star Jesus set for two months on the sidelines