Stephen Ward admits that the injury suffered by Burnley team-mate Robbie Brady at the weekend "didn’t look great" and insists the Dubliner would be a "massive loss" to the club.

The Republic of Ireland international was stretchered off with his leg in a brace following an awkward collision at Leicester City on Saturday afternoon, with no official update as of yet to the extent of the injury.

Ward told the Burnley Express that a sidelined Brady would have a significant impact on Sean Dyche’s side.

"Obviously we don't know the extent of it yet but it didn't look great," he told the paper.

"Fingers crossed that it's not as bad as it looked. He's been outstanding for us recently and if it is bad he'll be a massive loss for us.

"It would be a massive blow. We'll await the news and we wish him well because he's been great for us. He's great to have in the dressing room too so our thoughts are with him if it is bad.

"It's another test for the squad but we've dealt with these kind of set-backs before."

The 25-year-old hit the turf after a 27th-minute challenge on Harry Maguire and Dyche conceded post-match that the injury was suffered by one of his in-form players.

"It’s a blow because Robbie has been excellent lately. He’s a good character in the group and he’s been building with his performances." 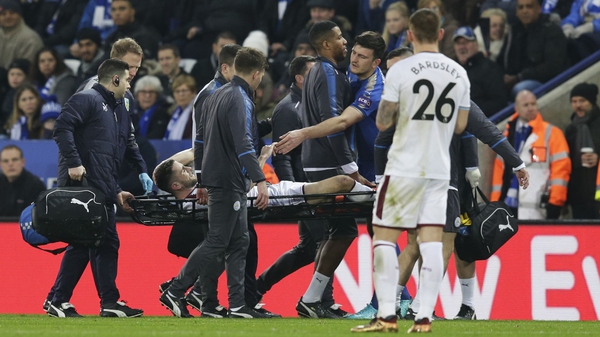