James McClean has arguably been the key figure in the Republic of Ireland's march to a World Cup play-off, and manager Martin O'Neill wants to ensure the Derry man's passion is channelled in the right way.

The 28-year-old topped Ireland's scoring charts in Group D, and was the match-winner in the vital 1-0 away wins in Vienna and Cardiff.

He will be the major scoring threat once again as O’Neill’s side travel to Copenhagen for Saturday’s first-leg of the play-offs.

O'Neill admitted "we could not be [in play-offs] without him" when asked for the importance of the former Derry City player, but is hopeful that he doesn’t overstep the mark in terms of aggression when he takes to the field against the Danes.

McClean has struggled to force his way into Tony Pulis’ first-team plans this season, and was caught up in a flashpoint in last Saturday’s Premier League clash with Huddersfield after being introduced as a substitute, a wild tackle on Tom Ince in injury time that led to a yellow card.

"That was frustration," O’Neill opined.

"He has gone 70 yards to lamp the lad, hasn’t he? And missed him, apparently, according to James. He has just told me he missed him. I just said, ‘James, what about the intention, intention is now part of the game.

"The fact that you might have missed him…had you hit him you’d probably have put him over the stand.’

"McClean has been great for us. He just has to channel that frustration — and he is frustrated at the moment I think from a lot of things, obviously not getting into a side that is not winning some football matches and maybe he thinks that he should."

McClean is one of 10 Irish players on a yellow card going into Saturday’s first leg, something the manager is all too aware of.

"We need him in these two games," he said. 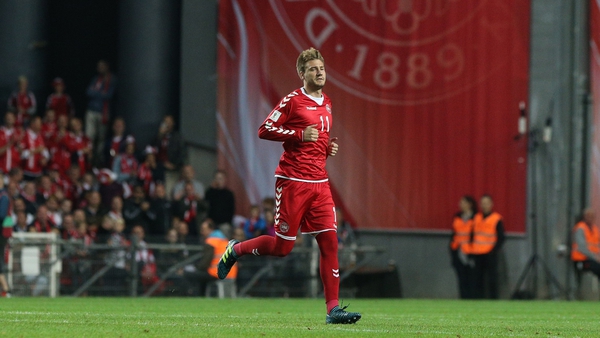