Bayern Munich President Uli Hoeness claims that a number of players turned against Carlo Ancelotti in the build-up to the manager's departure from the club.

Carlo Ancelotti left his post as coach of Bayern Munich in the wake of the Bundesliga champions' 3-0 defeat to Paris St Germain in the Champions League.

In an interview with German publication Westfalenpost, Hoeness said that certain dressing-room tensions contributed to the end of Ancelotti's reign at the club.

"There were five players against Ancelotti," he said. "It was impossible to get out of that."

The departure of the 58-year-old Italian, who has also managed Juventus, AC Milan, Chelsea, PSG and Real Madrid, was announced by the Bavarian club on Thursday afternoon.

He leaves with Bayern third in the Bundesliga table behind Borussia Dortmund and Hoffenheim after four wins from six games and second behind PSG in Champions League Group B after defeat to the French side in Paris.

Ancelotti had been in charge at Bayern since the summer of 2016.

Assistant coach Willy Sagnol has taken charge of the team, who return to Bundesliga action at Hertha Berlin on Sunday, on an interim basis.

A statement on the club website said Ancelotti had left after "internal analysis" following the defeat to PSG.

Bayern CEO Karl-Heinz Rummenigge said: "The performance of our team since the start of the season did not meet the expectations we put to them. The game in Paris clearly showed that we had to draw consequences.

"(Bayern sporting director) Hasan Salihamidzic and I had an open and serious discussion with Carlo today and informed him of our decision.

"I would like to thank Carlo for his co-operation and regret this development. Carlo is my friend and will remain (so), but we had to make a professional decision for FC Bayern.

"I now expect the team to have a positive development and absolute performance, so we can reach our goals for this season." 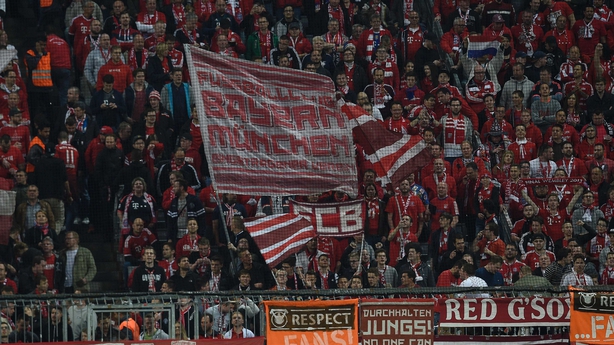 Ancelotti came in for fierce criticism in the German press after the defeat to PSG where Bayern had a limited attacking threat in a game which saw Arjen Robben and Franck Ribery start on the bench, with the former coming on with 20 minutes to go.

The Italian had reportedly told Bayern board members he had a big-money offer to manage in the Chinese Super League.

When asked about his future by reporters as the Bayern team landed at Munich airport, he said: "No comment."

The Bayern board spent Thursday lunchtime in an emergency meeting and after that the announcement about Ancelotti's departure was made.

In a trophy-laden career as a player with Roma and AC Milan, Ancelotti won the European Cup twice and the Serie A title three times.

Since becoming a manager with Reggiana in 1995 he has gone on to win the Champions League three times, Premier League, Serie A, Ligue 1 and Bundesliga.

During his time in charge of Chelsea he also won the FA Cup.