Paris St Germain tore apart Bayen Munich to win 3-0 in the Champions League as the French club's expensively-assembled attack made another devastating statement of their potency.

Dani Alves, Edinson Cavani and Neymar found the net, with Kylian Mbappe also making his mark with two assists, to put PSG top of Group B with a maximum six points.

Bayern, who started with defender Mats Hummels and wingers Arjen Robben and Franck Ribery on the bench, lacked pace up front and were overwhelmed at the back despite a good spell in the middle of the first half.

The German champions are level on three points with Celtic, who beat pointless Anderlecht 3-0 away. 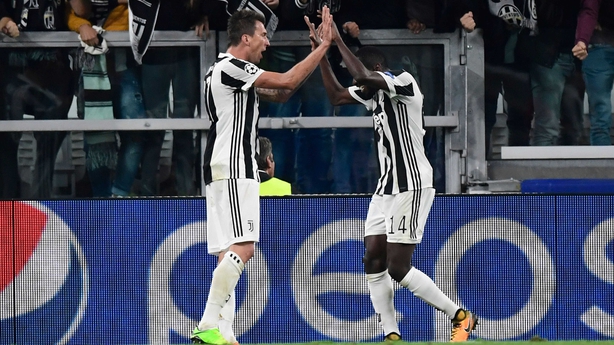 Gonzalo Higuain came off the bench to open the scoring for Juventus and Mario Mandzukic added a second as the Italian champions beat Olympiakos 2-0 in Turin in their Champions League Group D clash on Wednesday.

With Juve dominating possession but failing to create many goal-scoring opportunities, Argentine striker Higuain entered the fray on the hour mark and fired home the rebound from his own shot nine minutes later to give Juve the lead.

With Olympiakos seeking to score on the counter, Juventus spent much of the game bombarding the Greek side's penalty area with crosses, free kicks and corners and Mandzukic went close with a trio of headers before finally bundling the ball home in the 80th minute.

Having lost their opening game 3-0 to Barcelona, the win puts Juventus back on track and in third place in Group D on three points behind Sporting of Portugal on goal difference, while two defeats in their opening two games leave Olympiakos bottom. 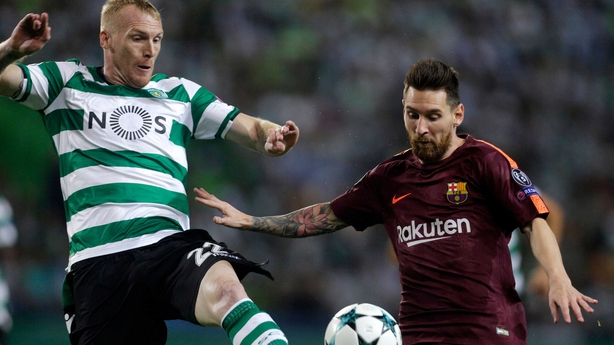 Barcelona laboured to a second successive Champions League victory after Sebastian Coates' own goal helped the Spanish side record an unconvincing 1-0 Group D win against Sporting.

After a frustrating first half by their usual sublime standards, Barcelona scored in fortunate circumstances when Coates bundled into his own net under pressure from Luis Suarez in the 49th minute.

Lionel Messi made his 593rd Barcelona appearance - tying him third with Carles Puyol on the club's all-time list - but the Argentine was unable to add to his brace against Juventus in their opening win.

Barcelona are top of group D with six points, three clear of Sporting and last season's finalists Juventus who beat Olympiakos 2-0. The Greek champions have yet to pick up a point after two games. 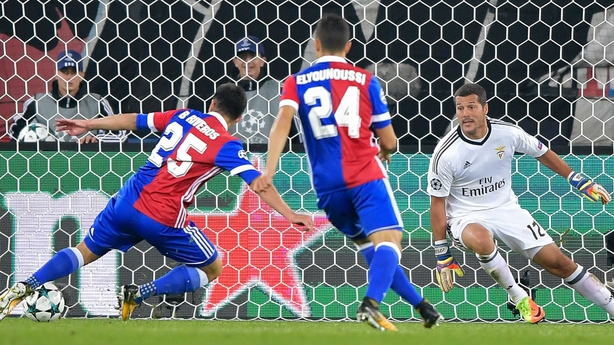 Dimitri Oberlin scored twice in Basel's 5-0 rout of 10-man Benfica as the Swiss champions reignited their Champions League hopes to move second in Group A.

Both teams lost their opening group games but Basel took just two minutes to put their 3-0 defeat by Manchester United, who beat CSKA 4-1 in Moscow, behind them when Michael Lang struck from inside the area after a break on the left.

Basel effectively killed off the game with a stunning second on 21 minutes when Renato Steffen mounted a counter-attack from deep inside his own half and found Oberlin who threaded a neat finish through keeper Julio Cesar's legs.

The 68th-minute dismissal of Andre Almeida for a wild two-footed lunge on Luca Zuffi made the home side's task that much easier with Oberlin adding his second and Blas Riveros their fifth as Benfica suffered their first competitive loss to a Swiss side. 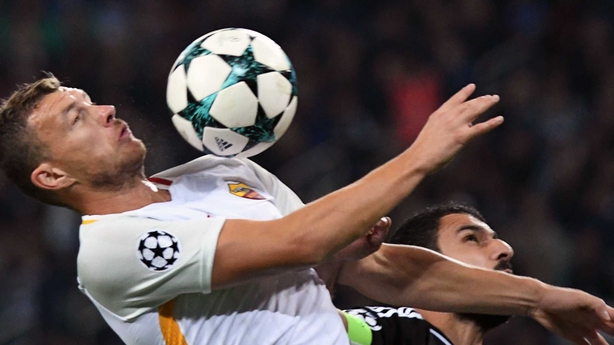 The pair scored in the opening 15 minutes in the Azeri capital to give the Serie A side a two-goal lead but the visitors endured a nervy second half after Pedro Henrique pulled one back in the 28th minute.

Centre back Manolas fired Roma ahead with a diving close-range header in the seventh minute, scoring his first goal for the club in European competition after Lorenzo Pellegrini drove the ball into the six-yard box.

Dzeko made it 2-0 when he volleyed an angled shot off the underside of the bar past fellow Bosnian Ibrahim Sehic from eight metres, having chested down a looping pass by strike partner Stephan El Shaarawy.

Roma looked in complete control when Brazilian Henrique scored Qarabag's first goal in Europe's elite competition, beating goalkeeper Alisson Becker with the outside of his foot after a fine pass by Dino Ndlovu.

Sehic produced a string of superb saves as Roma missed several chances to put the game beyond Qarabag, who pressed forward with long balls in the closing stages but could not find a way through.

South African Ndlovu missed the home side's best chance of an equaliser in the 90th minute, when he headed a deep cross from the left inches wide of the near post.

In the group's other game, Cheslea had a 2-1 win away to Atletico Madrid.