Lionel Messi turned on the style once again with four goals as Barcelona maintained their 100 per cent start in LaLiga with a crushing 6-1 win over Eibar at the Nou Camp.

The Argentine launched a devastating second-half display to sink the visitors with further goals coming from Denis Suarez and Paulinho, while Sergi Enrich replied for the visitors.

Ernesto Valverde made a number of changes with Luis Suarez dropping to the bench and new signing Ousmane Dembele ruled out for four months with a hamstring injury.

And there were few signs of the performance to come as the hosts once again struggled in the early stages and were fortunate not to fall behind.

The home keeper was also called upon after 10 minutes with a stretching save to deny the lively Takashi Inui, who once again got behind the Barcelona defence.

The home side showed little attacking intent until the 20th minute, when Alejandro Galvez fouled Nelson Semedo in the box and Messi stepped up to fire his first of the night from the spot.

The 30-year-old had a chance to quickly add a second but was denied by a fine save from Eibar keeper Marko Dmitrovic, while Semedo had to be alert to block another Inui charge at the other end.

But Barcelona's increasing dominance was bound to pay off and the home side doubled their lead in the 38th minute when Paulinho burst into the box to meet a Denis Suarez corner and direct a powerful header past Dmitrovic.

Anaitz Arbilla shaved the woodwork for Eibar with a long-range free-kick on the stroke of half-time but Barcelona started the second half with much more purpose and quickly extended their lead.

Messi was once again the instigator as he drove at the visiting defence before hitting a shot which was spilled by Dmitrovic into the path of Denis Suarez, who swept home to make it 3-0.

To their credit Eibar kept pushing forward and they were rewarded when they reduced the deficit in the 57th minute, Enrich converting a cross from Junca.

But Barcelona responded with a devastating period of play which began with Messi making it 4-1 in the 59th minute when he was fed by Sergio Busquets on the edge of the box and, despite being off-balance, threaded the ball past Dmitrovic.

And just three minutes later he completed the 49th hat-trick of his career when he surged down the right from a Paulinho pass, and again beat the helpless Dmitrovic with a shot to the bottom corner.

The busy Eibar keeper kept the score down with saves from Gerard Deulofeu and Lucas Digne, though substitute Ruben Pena still managed to hit the post for Eibar.

Messi wrapped up another extraordinary night three minutes from time when he pounced on Aleix Vidal's cut-back to make it 6-1, before Brazilian Charles headed against the bar for the visitors. 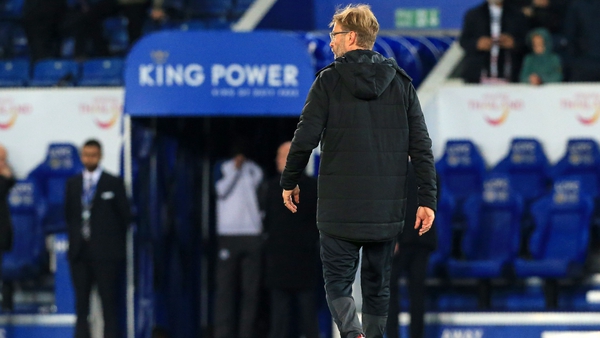 Klopp 'sick' of defensive lapses as Liverpool slump to defeat