Liverpool boss Jurgen Klopp was exasperated by his side's defensive frailties in their 2-0 Caraboa Cup defeat to Leicester City which stretches their winless run to four games.

The Reds, inspired by the impressive Philippe Coutinho, were dominant in the first half at the King Power Stadium but were made to rue their inability to find the net.

Leicester were much-improved after the break and goals from Shinji Okazaki and Islam Slimani steered them into the draw for the last-16.

Okazaki's opener came after the visitors had half cleared their lines from a corner and Slimani firing into the top corner after latching onto Daniel Amartey's throw-in.

"We played really good football in the first half, we should have decided the game early," Klopp said. "We had big chances, strange situations but it's football, it's at least a 90-minute game.

"It's second ball after a corner, I think, and a throw-in again. I'm sick of goals like this to be honest, you cannot play football and do that.

"Leicester somehow survived in the game because we are not clinical enough. That's sometimes okay but then you need to stay concentrated until the end and at least you don't allow them to score...and yeah, they scored too easy.

"First goal we don't push up together, I can say it one time or 1,000 times or whatever - it's not nice to have to concede these goals." 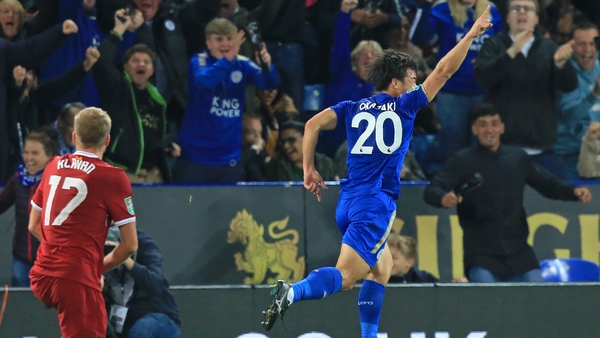