Sadio Mane got Liverpool's season up and running with the only goal as they laboured to a 1-0 win over bogey team Crystal Palace.

The Senegal international stabbed home in the 73rd minute after starting the move from wide on the left to finally break the visitors' resistance.

For long periods the game was crying out for the sort of defence-splitting piece of magic usually provided by Philippe Coutinho against teams who come to frustrate.

It is why Barcelona are so keen to get their hands on him - having had an £118million bid, their third offer, rejected on the eve of the match - but with the Brazil international currently sidelined by a back injury the Reds looked for inspiration from elsewhere.

For much of the game it came from debutant left-back Andrew Robertson, one of three changes to a defence which had conceded late goals to Watford last weekend and Hoffenheim in the week. 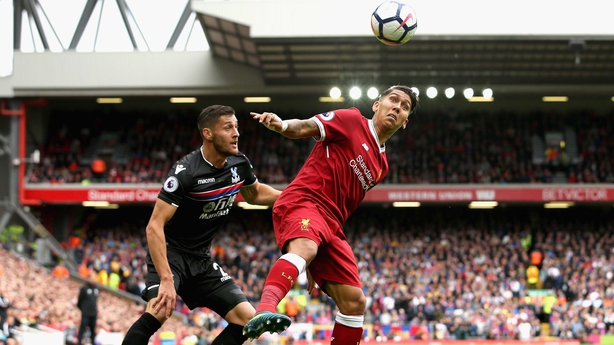 Although first appearances may be deceptive the £8million buy from relegated Hull looks like he could be a bargain.

Offering more attacking intent, a willingness to get to the byline and a genuine left-foot he would appear to be an upgrade on last season's makeshift option of James Milner, who is trying to re-establish himself in midfield.

All Liverpool's best work in the first half came from the 23-year-old Scotland international, with Joel Matip somehow heading his far-post cross wide of the near post from four yards and Sadio Mane unable to get his body in the right position and only tamely diverting the ball into the hands of Wayne Hennessey from close range.

Within the space of 30 seconds Roberto Firmino and Palace's Jason Puncheon, on a breakaway, saw efforts parried away with Georginio Wijnaldum's low volley early in the second half saved by Hennessey.

Liverpool's nemesis Christian Benteke, with seven in eight matches against his former club, should have added to his four league goals at Anfield but fired over from eight yards from Ruben Loftus-Cheek's cut-back. 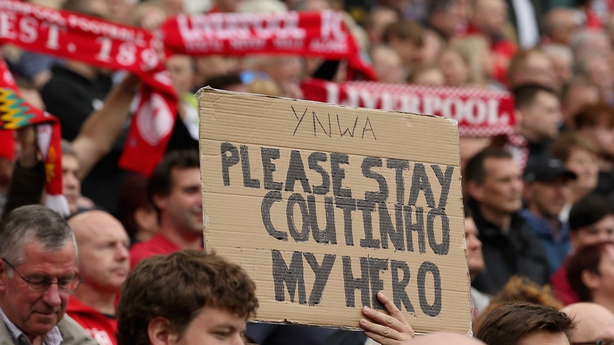 That was as close as Palace came to becoming only the fourth team in history to win four successive league matches at Anfield as they failed to properly test a team whose defensive frailty has regularly been exposed, often by the Eagles themselves, particularly from set-pieces.

Manager Jurgen Klopp sent on other new signings Mohamed Salah and Dominic Solanke for their Anfield bows and although the latter looked lively it was Mane who eventually made the breakthrough.

The 25-year-old, Liverpool's top scorer in the league last season, exchanged passes with Robertson and as Luka Milivojvic got himself in a tangle and bundled the ball goalwards the Senegal international pounced to make it successive defeats for new Palace boss Frank de Boer.