Eric Bailly's first United goal on the stroke of half-time set them on their way before Romelu Lukaku, Paul Pogba and Anthony Martial blitzed Swansea in the final 10 minutes.

After last weekend's 4-0 season-opener against West Ham this was another powerful message sent out by Jose Mourinho's side.

Strong and efficient at the back, United shut down opponents woefully short of attacking prowess following the club-record sale of Gylfi Sigurdsson to Everton.

Last season's top scorer Fernando Llorente also remains absent with a fractured arm sustained on his summer holiday, and Swansea boss Paul Clement is in urgent need of investing the Sigurdsson cash to prevent another flirtation with relegation.

Swansea's only gripe was that Pogba remained on the pitch for the full 90 minutes as, with the game goalless in the first half, he escaped a second yellow for a similar foul to one which he had already been booked for.

Clement played three centre-backs for the first time in his Swansea tenure as he attempted to negate United's power and strength through the middle. 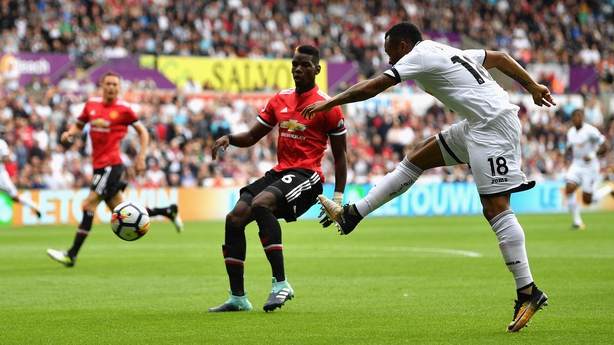 Kyle Bartley, who spent last season on loan at Leeds, started a Premier League game for the first time since December 2015 and #11million summer arrival Roque Mesa made his debut in midfield with skipper Leon Britton injured.

United were unchanged from the side which had thumped West Ham, but it Swansea who created the first chance inside three minutes when Jordan Ayew charged down Bailly's attempted clearance and advanced down the left.

Only Ayew will know if his scooped effort was an attempt on goal, but it appeared to bamboozle David De Gea who saw the ball bounce to safety off the crossbar.

United also knocked on wood seven minutes later when Phil Jones headed Juan Mata's perfectly-flighted free-kick against the crossbar but, in truth, he should have done better.

The pattern of the game was set with United probing around the edges of the Swansea penalty area and the hosts keen to counter quickly through the pace of Ayew and Tammy Abraham.

The problem for United was that they were failing to create gilt-edged openings and letting their frustrations show.

Marcus Rashford clearly felt he was not being afforded enough protection and his dissent led to referee Jonathan Moss having a few words with the England striker.

Pogba was booked for felling Tom Carroll and fortunate that Moss erred on the side of leniency when he upended Martin Olsson on the half-hour mark.

United should have been ahead when Alfie Mawson's mistake gave Rashford a clear run at goal after 36 minutes.

The teenager steadied himself but the finish was weak and Lukasz Fabianski gathered comfortably.

Mata prodded wide after Fabianski had failed to collect under pressure but United were ahead on the stroke of half-time.

Pogba met Daley Blind's corner with a bullet header to bring a brilliant save out of Fabianski, who tipped the ball onto the bar and onto the line.

But Fabianski was out of luck as Bailly was the first to react and prod the ball home for his first goal in English football.

Clement dispensed with a centre-back as the final quarter approached with Swansea changing to 4-4-2.

United's response was to send on Marouane Fellaini and Anthony Martial for Mata and Rashford, and Pogba whistled over a free-kick from 20 yards.

It proved a Mourinho masterstroke as 10 minutes from time substitute Martial kept his feet and Henrikh Mkhitaryan played in summer signing Lukaku for his third United goal in two games.

Two minutes later Pogba broke through and finished with a clever chip before Martial slid in the fourth to boost United's goal difference still further. 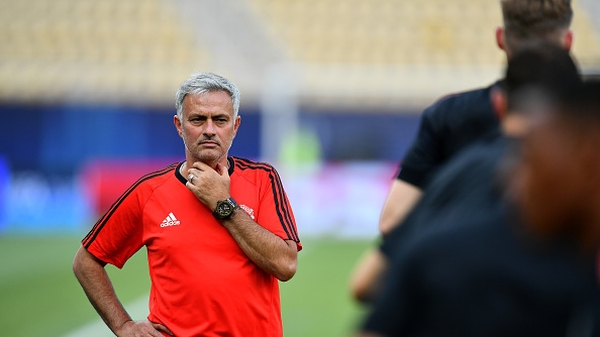