Republic of Ireland midfielder James McCarthy has been left out of Everton’s squad for their Premier League opener against Stoke City as he continues his recovery from a knee injury.

McCarthy, who has been linked with a move away from Goodison Park, sat out the final pre-season friendly against Sevilla on Sunday with Koeman insisting the former Wigan player wasn’t fit.

"James still has some issues on his knee so out of protection I left him out," he said afterwards.

The 41-cap international had an injury-interrupted campaign last year, featuring just 13 times for his club, while his appearances for his country last October led to a war of words between Everton and Ireland team management.

Signed for £13m four years ago, speculation surrounds his future with strong competition for places in the Everton midfield.

Idrissa Gueye and Morgan Schneiderlin were signed last year, Ajax skipper Davy Klaassen arrived in the summer while homegrown talent Tom Davies has emerged as a player of real substance.

Newcastle United are thought to be leading the chase to entice the Scottish-born player away from Merseyside, though local reports suggest Everton will only consider a sale if their £25m valuation is met. 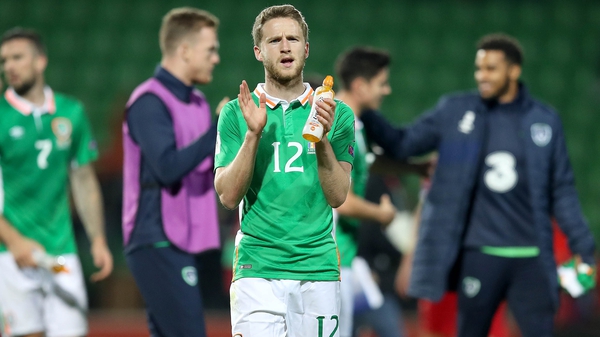