Jonathan Walters rescued a point as the Republic of Ireland fought back to secure a 1-1 draw with Austria in this evening’s World Cup qualifier at the Aviva Stadium.

Martin Hinteregger’s first-half strike looked like it was going to be enough for the visitors as the defender smashed the ball home in the 31st minute of this lively contest at the Lansdowne Road venue.

But a long ball out of defence in the 85th minute allowed the Ireland striker to chase the ball down before firing a superb effort past the diving Heinz Linder.

And Ireland could have won it as they bashed through the visitors’ defence, continuing to exert the sustained pressure, which had seen Martin O’Neill’s side dominate possession and territory throughout the second period.

Moments after Walters’ equalising strike, Ireland once again had the ball in the back of the net but the referee was quick to disallow Shane Duffy’s effort as the towering Brighton man led with his arm as he bundled both ball and defender into the back of the net.

The pressure continued throughout those frenetic final five minutes and Walters could then have had a penalty awarded as he appeared to be clipped as he bore down on goal – his miscued shot flying harmlessly wide of the target.

While Ireland could have won this vital qualifier, they most certainly could have lost it after getting totally outplayed in the first half by a visiting side, playing neat possession football and opening up the Ireland midfield and defence at ease.

But for all their possession, Darren Randolph’s goal was rarely threatened and their lack of quality in the final third meant that Ireland were always in the game, despite their lack-lustre performance.

Martin O’Neill took drastic action late in the first half as he switched Robbie Brady to the left wing and turned his 4-2-3-1 formation back to an old-school 4-4-2.

The result of the change of tactics was not a pretty one from an aesthetic point of view, but it certainly proved effective as Ireland took the game to Austria and eventually got the point that they probably deserved in the end.

The manager spoke at length ahead of the game about his intentions of playing front-foot football.

But the team that Martin O’Neill selected urged caution rather than creativity, as Glenn Whelan and Harry Arter were sent out to patrol in front of the back four. 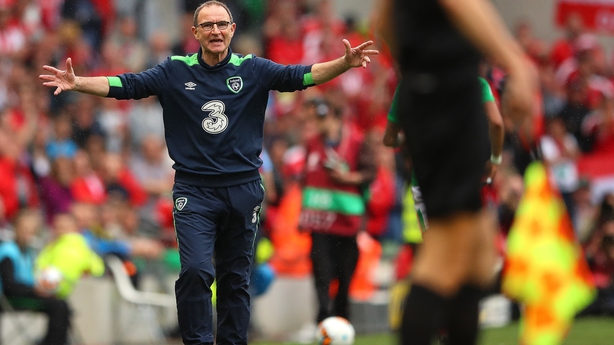 Granted the manager could not account for such an ineffective opening 45 from two of his creative outlets, Jeff Hendrick and Robbie Brady and the team only started to get going when the change of formation reverted his side back to an old-school 4-4-2.

And it was that old-style grit and determination that got Ireland a vital point tonight, while it was no coincidence that Ireland did manage their equaliser while Wes Hoolahan, who was only introduced in the 71st minute, was on the pitch at the time.

The inclusion of Kevin Long appeared a bit of a gamble ahead of kick-off as the Burnley defender had only two caps ahead of today’s game, both coming in the recent friendlies against Mexico and Uruguay.

But Long’s competitive debut went very well in the opening half tonight and if he was the least experienced of the back four, he did not look it. 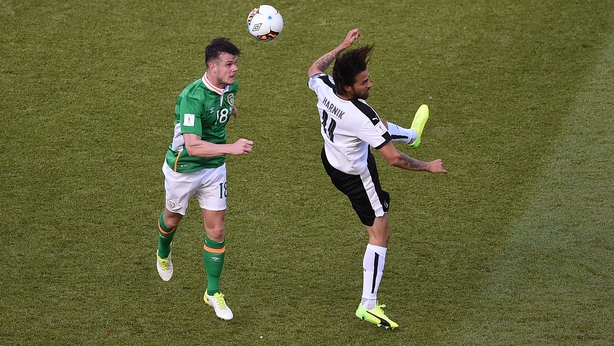 Playing partner Duffy looked much more likely to make a mistake and made some strange decisions, while also gifted a ball straight to the Austria attack as he attempted to play the ball out of the back.

The other defender under the spotlight was Cyrus Christie who was deputising for injured captain Seamus Coleman and the Derby County man also performed admirably throughout, with his ability to attack the right flank a real bonus

Austria – Only themselves to blame

Austria came with a game-plan and it very nearly worked as they outplayed Ireland in the opening half and got the goal that they deserved to take a 1-0 lead into the break.

But did they really think that one goal was going to win it for them here tonight?

Ireland threw everything at them in the second half and the equalising goal appeared inevitable throughout that frantic 45 minutes.

Austria had ample opportunities to get in behind the advancing Irish and a second goal would have killed the contest. They did almost snatch it at the end, however, Darren Randolph justified his inclusion with a fine save at the death. 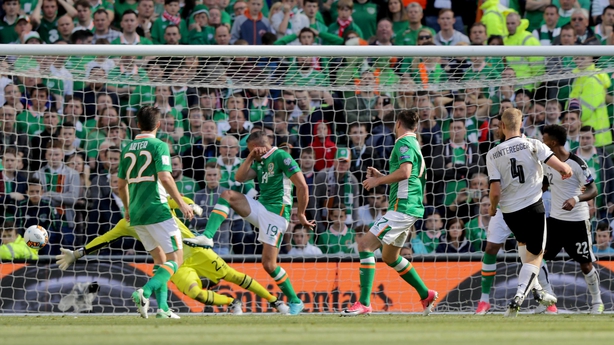 The visitors now find themselves four points off Ireland with four games to play and may be as many as six points adrift of top spot by the final whistle tonight as Serbia take on Wales.

With Ireland and Serbia both likely to take maximum points from Georgia and Moldova, it is fairly save to say that Austria will not be going to the World Cup next summer.

And then there were three.

Man of the Match – Jonathan Walters

The Ireland goalscorer worked relentlessly throughout this contest but got very little reward for his tireless graft in the opening half.

It was only when the manager reverted to a 4-4-2 formation that Walters really started to influence proceedings as he worked well with James McClean and then Daryl Murphy, putting real pressure on the Austria defence. 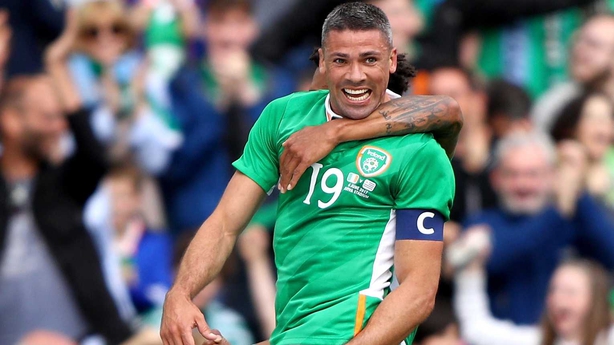 His goal came from a ball that he never should have won, but his heart got him there ahead of the retreating defender and his quality shone through as he smashed the ball home to grab Ireland a vital point in their quest to qualify for the World Cup.

Indivdual performances were probably more noticeable on the visitors’ side as David Alaba, Florian Kainz and Zlatko Junuzovic all impressed. 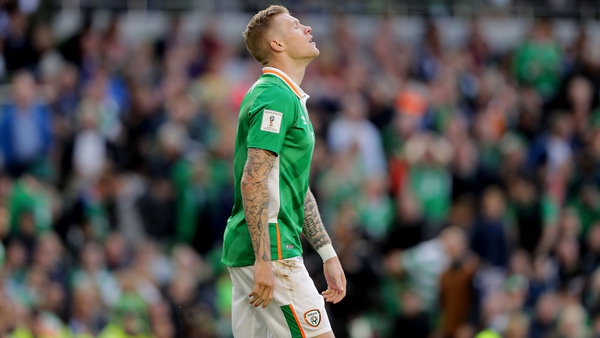