A consolation goal from Bray Wanderers caused a few jitters among the home supporters, but Cork City were not to be denied an 11th successive league win at Turner’s Cross.

With Dundalk falling to a surprise defeat away to Galway United, the three points over the side third in the table stretched Cork’s lead at the top to 12 points.

Goals in either half from Seán Maguire and John Dunleavy helped John Caulfield’s side to victory, though a stoppage time goal from Derek Foran led to a gallant finish from the visitors.

City however were full value for the win and dominated the opening 45 minutes of the contest.

Karl Sheppard hit the post in the 10th minute before the scoring was opened just moments later.

Cork peppered the visiting goal and Maguire, Sheppard and Dooley were all denied by Cherrie and Bray were fortunate to be just a goal down at the interval.

Wanderers looked more dangerous after the break, Dylan Connolly blazing a good opportunity wide, but it was Cork who got the all-important second goal through Dunleavy.

Bray did pull one back to make for an interesting finish, but it is Cork who marched on for yet another league win. 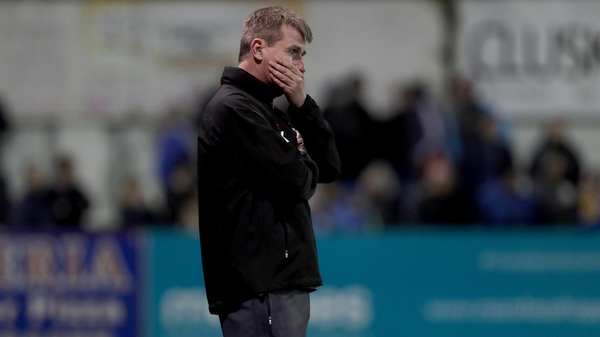