Stephen Ward declared himself satisfied that Ireland were able to keep Gareth Bale under control after the Wales star failed to impose himself during the stalemate at the Aviva.

The Real Madrid man was reduced to a couple of long-range efforts as Chris Coleman’s side struggled to break down Ireland’s defence, which was missing regulars Shane Duffy and Ciaran Clark through injury.

Indeed, the ex-Tottenham forward could have seen red and was lucky when, already on a yellow card for a sliding tackle on John O’Shea, escaped punishment for a high challenge on man of the match James McClean.

Asked about the task of tracking Bale, Ward told RTÉ Sport: “We said during the week that you are not going to keep him quiet for 90 minutes.

“There were glimpses where he showed his quality, I think in the whole of the game we kept him pretty much in front of us.

“Thankfully his influence wasn’t as big as it can be.”

Bale had a chance to win it late on but fired just wide. Ward emphasised the competitive nature of the game.

“To be honest I’d have to see [a replay of the O’Shea incident].

“It was one of them games, nitty gritty, a bit like and English league game.” 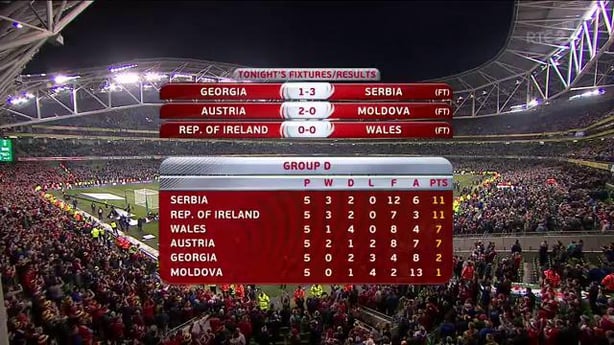