As Ireland face into a crucial World Cup qualifier against Wales without a host of key players, Eamon Dunphy says “defeatist talk is not good for the cause”.

News filtered through from the Ireland camp today that Wes Hoolahan had been added to an injury list that includes Ciaran Clark, Shane Duffy and Harry Arter, while Robbie Brady is suspended.

The Boys in Green top the table but Martin O’Neill admitted that this crisis is as tough as he’s know since taking over. 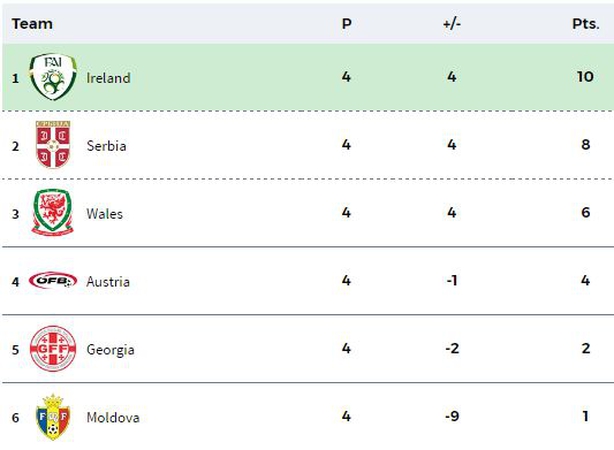 “It's the lengthiest list of injuries that I have known since I have come into the job, and unfortunately it's happened at a really crucial time for us,” he said.

But Dunphy believes that the side can still get a result and negative thoughts should be put to one side.

“We can still put a good team on the field. I don’t think it’s right to think or talk in a defeatist way.

“We have good players. Jon Walters scored for Stoke against Chelsea. We’ve got to be positive but we’ve to accept the hand that we have and play that hand and not start whinging, it’s only Monday.

“You’ve got to believe that we can put a team on the field that can work and play and make life difficult for Wales.

“You never get the perfect situation, particularly in international football. We’re at home. You’ve got to look at the positives: look at Seamus Coleman look at Daryl Murphy up front. John O’Shea will be back in the team. He’s an outstanding player.

“We’ve got goals in the team, we’ve got strong hearts. It’s an experienced team, we did well in the Euros.

“You’ve got to be optimistic and realise we’re in a really strong position in the group.

“It wouldn’t be the worst thing in the world if we drew at home to Wales, they are a good team.

“Defeatist talk is not good for the cause.”