Preston North End manager Simon Grayson believes Daryl Horgan has the ability to excite the club’s fans and says the Galway man has slotted seamlessly into his squad.

The former Dundalk man made his debut in the 2-1 FA Cup defeat at home to Arsenal, coming on with 10 minutes remaining, demonstrating some neat touches.

The 24-year-old joined Preston along with Dundalk captain Andy Boyle, and this season’s PFAI Player of the Year has made a quick impression at Deepdale.

Grayson praised his performance against such high-calibre opposition and says the midfielder is adjusting easily to the step-up in standard.

“I thought Daryl affected the game when he came on,” he told the Lancashire Evening Post.

“He is a player who has the potential to excite the fans and do well for us. It is good to have players in the squad who can fit straight into what we want to do.”

The Championship club currently sit 11th in the table and host league leaders Brighton at Deepdale this weekend, where he could face former Dundalk team-mate Richie Towell.

Brighton manager Chris Hughton praised the midfielder after he played 90 minutes in the 2-0 FA Cup win over MK Dons, in what was just his third appearance in a year with the Seagulls.

The Dubliner joined Brighton after successive Airtricity league titles with the Lilywhites, scoring 25 goals in 2015, but has struggled for game time under Hughton. 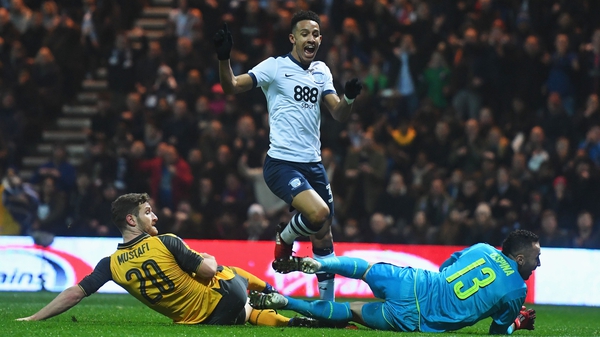