Manchester United manager Jose Mourinho has stated young goalkeeper Sam Johnstone will be the only player he will allow to depart Old Trafford on loan next month.

Morgan Schneiderlin, Memphis Depay and Anthony Martial are among those on the fringes of Mourinho's team who have been linked with loan switches yet the Portuguese is only prepared to sanction a temporary deal for Johnstone.

The 23-year-old is yet to make a senior appearance for United and, with Sergio Romero backing up David de Gea, he is free to gain experience elsewhere, with Stoke, Sunderland and Aston Villa possible destinations.

"Sam Johnstone is the only player that I will allow to go on loan because he doesn't play one single minute, he needs to play," Mourinho said.

"We have a young goalkeeper in Joel (Pereira), a goalkeeper that played many minutes in the past six months in the Portuguese Premier League and now it's time for Sam to play six months.

"That's the only loan move that we are going to do."

Permanent departures do not appear imminent either, with United yet to receive an offer that would persuade them to cash in.

And that means West Brom, who last week lodged a bid for Schneiderlin, will likely have to increase their offer to land the French midfielder.

"Apart from that, I don't want to sell players - the club, the board are totally with me," Mourinho added.

"But, as I said before, if a player is not having lots of minutes, and if a player really wants to leave, we have no right to stop the player to leave, if the conditions are our conditions, and until this moment we have not received one single offer that we are going to accept."

United are on a four-game winning streak in the Premier League and conclude 2016 with Middlesbrough's visit to Old Trafford on New Year's Eve.

It will see Mourinho reunited with his former Real Madrid assistant and coaching pupil Aitor Karanka, whom he mentored before the Spaniard branched off on his own to take charge of Boro.

"He's my friend, he's a real friend," Mourinho said of their relationship.

"I always want him to win, he always wants me to win. Tomorrow is the first time where I want to win and he wants to win. That's football.

"Sometimes, it's brothers against brothers, father against a son, father manages against a son as a player and that has to be even more difficult. For 90 minutes, I want to win and he wants to win and that's it."

However, Mourinho has suggested a change from the customary post-match drink usually shared between rival managers in England.

"In my office, he can everything but I think it's better before the match," Mourinho said. "After someone will have a bad face!"

Wayne Rooney will once again be absent due to a thigh strain and while Luke Shaw is back in training, Mourinho does not believe he is fit enough to start due to his groin problem. 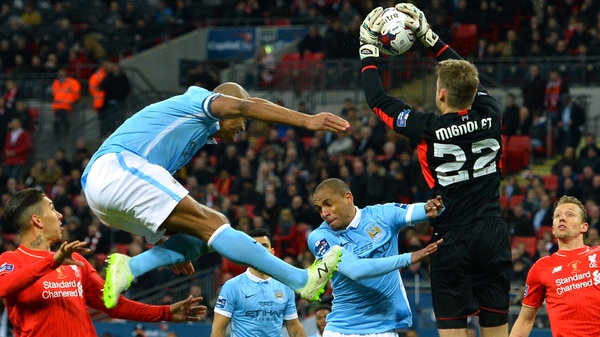