Cristiano Ronaldo's agent has claimed Real Madrid have been offered €300m for the star forward by an unnamed Chinese Super League club, but said his client has no interest in the deal.

Jorge Mendes told Sky Sports Italia that Madrid had been offered the huge transfer fee, who would in turn receive over €100m-a year in salary.

"But money is not everything. Real Madrid is his life. Cristiano is happy at Real Madrid and it is impossible to go to China."

The transfer offer, if genuine, would be almost triple the world record €105mManchester United paid Juventus for Paul Pogba in August.

Ronaldo, who won his fourth Ballon d'Or earlier this month, signed a new contract at Madrid in November, extending his commitment to the club until 2021.

But the cash-rich Chinese league has emerged as a major contender in the world transfer market with mega-money deals.

Last week, Shanghai SIPG signed Brazil midfielder Oscar from Chelsea for around £52m, while on Thursday former Manchester City striker Carlos Tevez joined Shanghai Greenland Shenhua where he will reportedly become the highest paid player in the world on the equivalent of £615,000 a week.

"The Chinese market is a new market," Mendes added. "They can buy a lot of players, but then again it is impossible to go for Ronaldo. Cristiano is the best player in the world and best ever. It is normal to have some offers.

"He won the European Championship with Portugal, it's like winning the Italian league with Genoa: they were not the favourite." 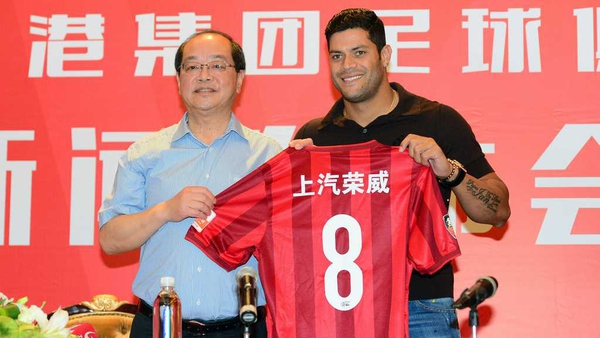