Damien Duff and Liam Brady are both tipping Barcelona to win this season’s Champions League following the conclusion of the group stages.

They will be among the favourites when the draw for the Round 16 is made on Monday and despite struggling to close the gap on Real Madrid in La Liga, Duff believes that European glory is well within their aim.

Barca’s 1-1 draw at home to Madrid at the weekend means they six points off the pace, but with captain Andres Iniesta returning to action, he feels they will make another successful assault on Europe’s premier club competition.

“He [Iniesta] makes them tick," the former Ireland international said.

“I think they might lose out in the league to Real Madrid, I don’t think they will catch them, but I’ll go Barca for the Champions League,” he said when asked to predict his winner.

Fellow RTÉ pundit Eamon Dunphy recently observed that a “tired Messi and Barcelona” may struggle to win a sixth Champions League title, but Brady believes they will now be focusing all their attentions on the European stage.

“Barcelona with Messi - who Eamon said is finished - Neymar and Suarez, and the man Damien mentioned, Iniesta, I think they could win it.

“I think they are concentrating on that.”

Damien Duff and Liam Brady in agreement over who they think will win the Champions League https://t.co/AhkAj7pLTn

Dunphy raised his concerns over Barcelona’s ambitions in the competition following the 2-0 win over Celtic.

“I’m not sure they have the zip and the will to do the pressing game they once did,” he said.

“I detect a certain weariness in Messi’s body language. I’m watching him most weeks in Spain with a certain kind of weariness.

“I certainly detect a certain weariness in the team over the last six to nine months.

“It will be really interesting when they get up against the big guns , if there are any big guns in this competition.” 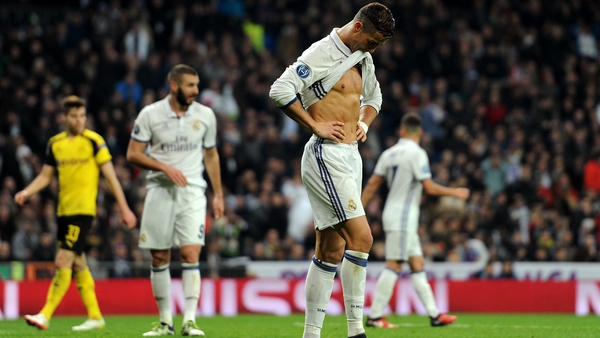