Liam Brady believes that Real Madrid star Cristiano Ronaldo is in decline and that the Spanish giants will struggle to win silverware without the Portuguese forward and Gareth Bale in their side.

Zinedine Zidane’s side threw away a 2-0 lead as Borussia Dortmund fought back to earn a 2-2 draw at the Bernabeu and top Group F, two points ahead of the Spanish side.

Bale will be sidelined for around four months and the La Liga side could have done with more firepower as they spurned a number of chances to win the game, with Ronaldo hitting the post.

Brady believes that Madrid are a weakened side without their two prized assets and has seen evidence that the former Manchester United forward’s talent is on the wane.

“Bale is a big miss because Ronaldo doesn’t have that pace anymore,” he said.

“You take Bale out of that side, and Ronaldo who is moving on in years...I’m not saying he’s gone.

“He’s still a very, very brilliant player, but that yard of pace is gone and when those players are not in the team, they are not the threat that they usually are.”

The 31-year-old has had a trophy laden 2016 and recently signed a new five-year contract last month.

He has plundered 376 goals in 363 appearances for Los Merengues and is the favourite to land the Ballon d’Or on Monday for the fourth time.

Brady however argues that while Ronaldo remains a “brilliant” player, he is not the force he once was, which he believes was evident in the draw with Dortmund.

“They [Real Madrid] did win the Champions League and he won the Euros with Portugal, but he’s not the same player he used to be.

“Just that yard of pace is gone. You can see he’s toiling, but he’s still got class. He’s still got the ability to score goals, but I think he needs pace around him now.

“We’re seeing him in decline, but it will be another two or three years before he hangs up his boots I think.

“If Madrid want to operate at the very highest level, I can’t see Ronaldo in the team in two or three years.”

The RTÉ panel discuss the possible decline of Ronaldo https://t.co/EHt3y051Iq 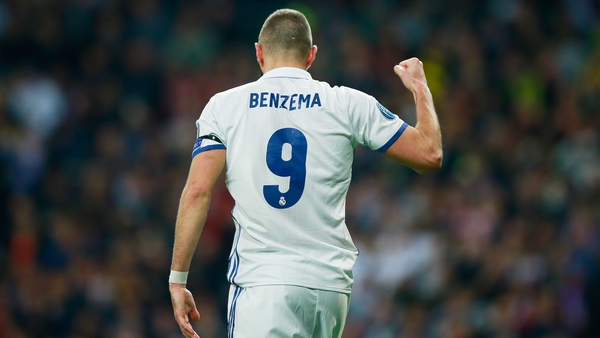 Dortmund battle back for a draw in Madrid