Roy Keane admitted he is “disappointed” James McCarthy is unavailable for the World Cup qualifier against Austria, and insisted Irish management has never taken "unnecessary risks" with injured players.

The strained relationship between club and country was further highlighted last week when Toffees boss Ronald Koeman advised the midfielder to pull out of Republic of Ireland duty and focus on getting fully fit.

The 24-year-old has been struggling with a hamstring injury of late and was not in the squad for the 5-0 thrashing away to Chelsea at the weekend.

Koeman criticised Martin O’Neill’s decision to play the Scottish-born midfielder in the double-header against Georgia and Moldova in September as he battled back from injury, something O’Neill dismissed as “nonsense”.

Speaking at today’s press conference ahead of Saturday’s game in Vienna (live on RTÉ2, KO 5pm), Keane insisted the management team has always been fair to the clubs with regards to injured players.

"When a player is injured, he’s injured.

"As long as I have been involved with Ireland in the last few years, I think we have been more than fair to the clubs and the players...I don’t think we have ever taken unnecessary risks with players".

The Ireland assistant manager observed that fellow international Darron Gibson has missed a lot of football through injuries and thinks the club could look internally before focusing attentions on the Irish set-up.

"Gibbo misses lots of games for Everton...a hell of a lot of games and he seems to get injured a lot at Everton.

"Maybe they need to look at their own training schedule. Koeman’s opinions honestly...no issues with me.”

“I'm not sure when they last won a trophy, maybe as a club, maybe their players need to toughen up a bit.”

Keane admitted that the Merseysiders have a long standing tradition with Irish players, something he hopes will continue into the future.

“Why do we need a good relationship with Everton?" he asked. "They're lucky to have the Irish lads they've got there.

“They shouldn't be so quick stopping Irish players coming to play for Ireland. I've experienced that myself.” 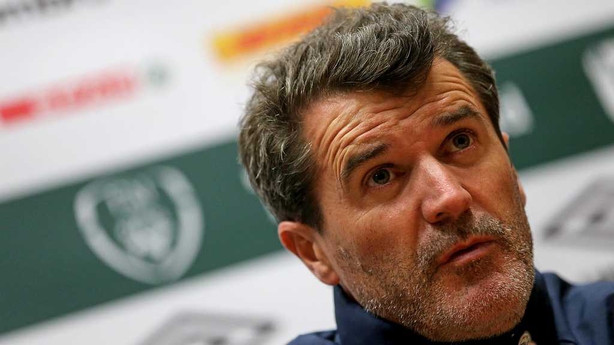 Keane would however not be drawn into the debate about Ireland wearing the 1916 logo, nor the ongoing England-Scotland poppy debate.

The FAI has confirmed that it has until 17 November to answer the charge from FIFA over wearing a 1916 logo in the friendly with Switzerland last March.

Speaking at this afternoon’s press conference, FAI Director of Communications Ian Mallon confirmed that the charge was pending but stated that there would be no further comment from the FAI until after that date.

“Because of the charge, I cannot comment,” he said.

“Players and coaches are more concerned about preparing for the match. We have to leave that up to the FAI to sort it out.” 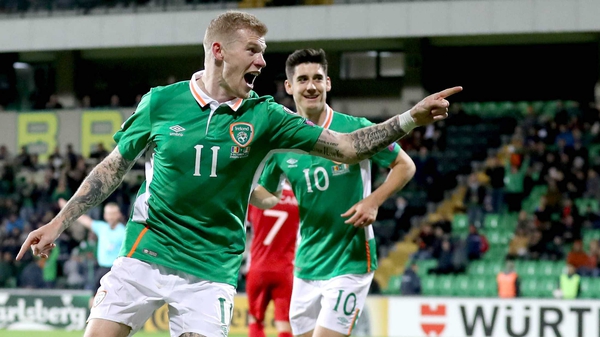