Liam Buckley said "world class" Conor O'Malley saves earned St Pat's a point at Tallaght Stadium on Friday night, and talked up the young talent both clubs now have at their disposal.

The Westport stopper produced a string of fine saves to keep Shamrock Rovers at bay in a 0-0 stalemate, with an acrobatic stop from Sean Boyd’s header a particular standout.

Buckley was left with mixed emotions afterwards. His side needed a win to have any realistic hopes of reeling in fourth-placed Rovers - who remain nine points ahead of them - but he identified some positives.

“It was end to end stuff," Buckley told RTÉ Sport. "In fairness to Rovers I thought they played well. Conor O’Malley had a couple of world class saves in the first half that kept us in it.

"Overall maybe a draw was a fair result.

“Rovers a good young group of talented players. We have as well. It augurs well for both clubs.

"Both clubs are in a good state of health. We have the League Cup final coming up and the quarter-finals of FAI Cup so we’ve plenty to play for."

What a save! St Pat's goalkeeper Conor O'Malley denies his former side with a stunning save. Watch it live on RTÉ2. https://t.co/uxDj7UpN8b

Hero of the hour O'Malley backed his side to keep moving in the right direction.

“We dug out the result," he said. "We probably didn’t deserve it but we’ll play better next time against Bray on Tuesday and hopefully get a bit further up the table.

“I don’t remember much about it," he added of that terrific save to deny Boyd. "I thought it was going in but it hit the crossbar and went over.

"To catch up with Rovers and get up to fourth we needed to win that but it wasn’t to be." 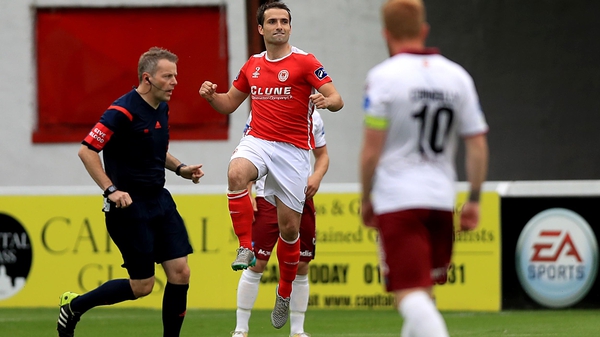