The game had barely gotten under way when the Dublin controlled the ball at the edge of the box before slotting past Conor Winn in the Galway goal.

The visitors had a chance to tie up the game on the 12 minute mark after Ryan Connolly broke through the middle before his shot cleared Brendan Clarke's crossbar.

Galway should have been level on the 25 minute mark but Vinny Faherty's downward header was parried by Clarke.

Both sides created good chances for the remainder of the game but could neither could make the breakthrough and Pat's held on for the win that sees them go level with their visitors on 30 points. 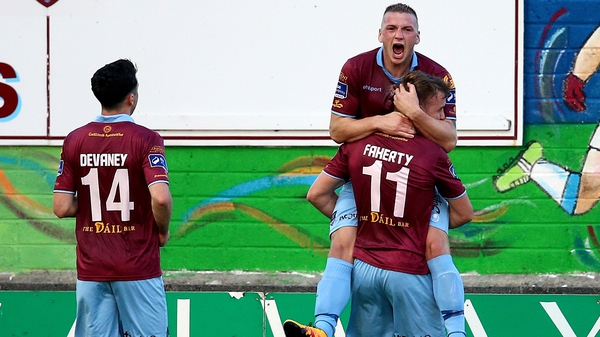 Vinny Faherty brings Dundalk back down to earth