The 65-year-old spent over three years as head of the German FA (DFB) before stepping down after reports surfaced around alleged bribery taking place for the award of the 2006 World Cup to Germany.

Proceedings against Niersbach, who is a current FIFA council member, opened earlier this year and he has now been hit with an immediate 12-month suspension from the game after the ethics committee found he has "failed to report findings about possible misconduct concerning the awarding of the 2006 FIFA World Cup" - for which he was vice-president of the local organising committee.

The case did not examine whether the FIFA Code of Ethics (FCE) had been breached "in relation to possible acts of bribery and/or corruption" in terms of the 2006 World Cup being awarded to Germany.

It's sole purpose was to look at Niersbach's own awareness of, and failure to report, any such incidents to the Ethics Committee.

That means, given he has been deemed to have violated two of two articles of the FCE, he is now hit with a one-year ban and shall pay the costs of the proceedings brought against him.

The FIFA statement read: "The adjudicatory chamber of the independent Ethics Committee chaired by Alan Sullivan has banned Wolfgang Niersbach, former President of the German Football Association (DFB) and

Vice-President of the 2006 FIFA World Cup Local Organising Committee (LOC) and current member of the FIFA Council and the UEFA Executive Committee, for 1 year from all football-related activities (administrative, sports or any other) on a national and international level. The ban comes into force immediately.

"The Ethics Committee found that the conduct of Mr Niersbach as former President of the DFB and Vice-President of the 2006 FIFA World Cup LOC and current member of the FIFA Council and the UEFA Executive Committee constituted a violation of article 18 (Duty of disclosure, cooperation and reporting) and article 19 (Conflicts of interest) of the FCE.

"In consequence, Mr Niersbach has been banned for 1 year from all football-related activities and shall bear the costs of the proceedings." 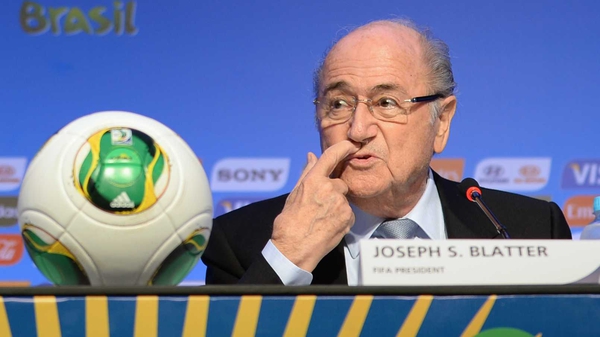