Liam Buckley’s side never lacked for endeavour against Belorussian opponents who, while cynical at times, nonetheless had the edge on technical ability to see themselves into a third-round meeting with Serbian side Vojvodina.

Buckley went with the same starting 11 that earned St Pat’s a creditable 1-1 draw in the first leg at the Traktor Stadium in Minsk last week.

Dinamo boss Sergei Borovsky, who stepped down from his role as the club’s sporting director to take charge of the team following the sacking of manager Vuk Rašović in the wake of last week’s result, made two changes with Mohammed El Monir and Aleksandr Sverchinski coming in.

A nervous start from Dinamo saw them cough up two early half-chances inside the opening minute. On both occasions, Nikita Kaplemko was culpable, though St Pat’s were just not able to capitalise to trouble keeper Sergei Ignatovich.

It proved a false dawn for the home side as the skilfully superior Dinamo soon settled, with Aleksandr Noyok’s stunning 30-yard drive bringing the first save of the night from Brendan Clarke, who palmed the effort round a post for a corner.

Clarke was worked again on 17 minutes when tipping over Aleksandr Sverchinski’s header from Yuri Astraukh’s cross.

A minute later Dinamo were in front from the resulting corner. Astraukh’s assured left foot whipped the ball over, Vladimir Korytko flicked in on with the finish neatly applied off the instep of striker Rassadkin.

Vigilant defending from Darren Dennehy then prevented Libyan international winger El Monir getting in on goal as St Pat’s were being cut open a little too easily by the visitors’ polished passing game. 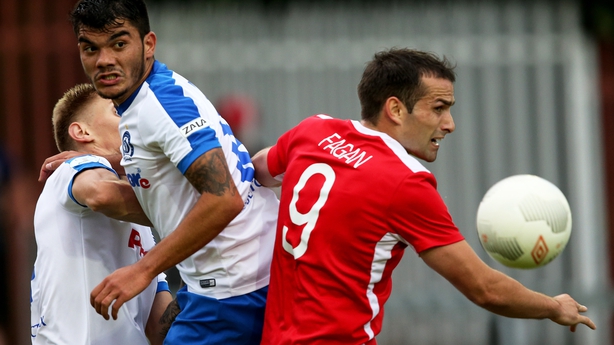 Slick though they may have been in the final third, Dinamo were far from composed at the back as St Pat’s troubled them any time they got forward.

Graham Kelly flashed a shot narrowly wide from distance before Korytko saw his attempted headed clearance from a Keith Treacy corner bounce off the top of his own crossbar.

But it was Dinamo who finished the first half on the offensive with Clarke making his third top save of the game a minute before the break.

Darren Dennehy's weak defensive header from another Astraukh delivery from the left dropped for El Monir whose volley was parried, and then gathered, by Clarke at his left-hand post.

Dinamo weren’t slow in applying cynical methods in defending their lead in the second half, with Astraukh adding to a first half yellow card for El Monir in conceding a free kick from which St Pat’s came close to an equaliser on 62 minutes.

Treacy’s deadball found Darren Dennehy whose header bounced agonisingly across the face of the Dinamo goal before being cleared.

The action then really livened up in the last 10 minutes.

Ignatovich fumbled Treacy’s long distance drive with Christy Fagan going in a little late on the keeper to spark a right melee in the Dinamo goalmouth.

Fagan was booked before Dinamo substitute Vladimir Khvaschinski was subsequently sent from the dugout for his involvement.

Dinamo, though, had done enough go through. 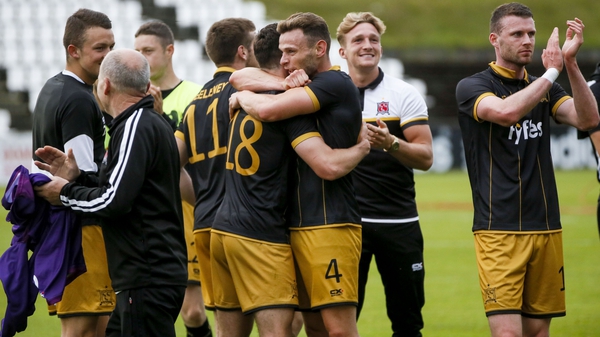 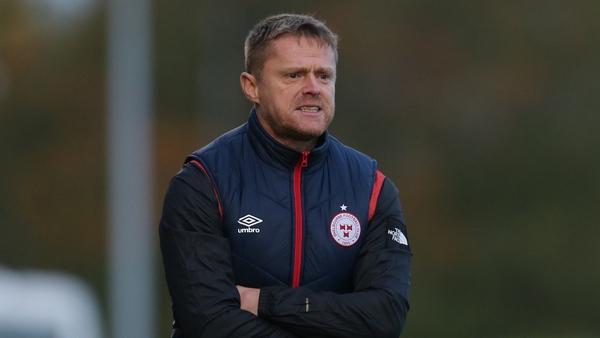 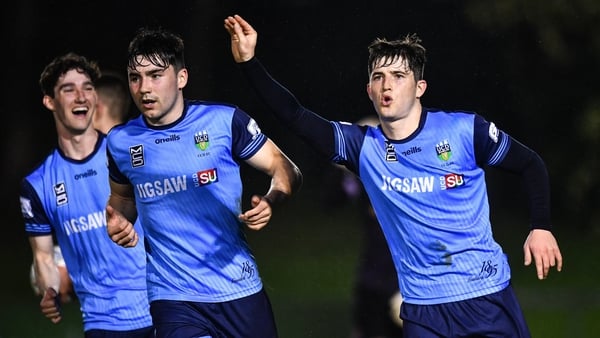 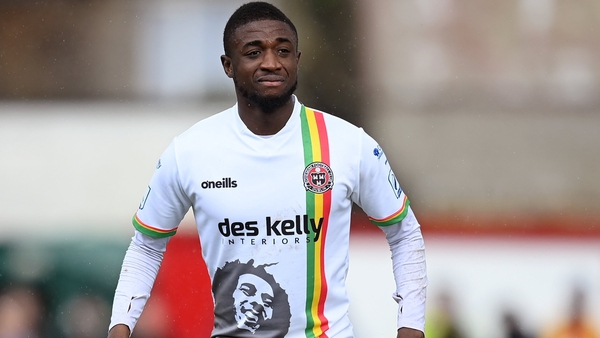 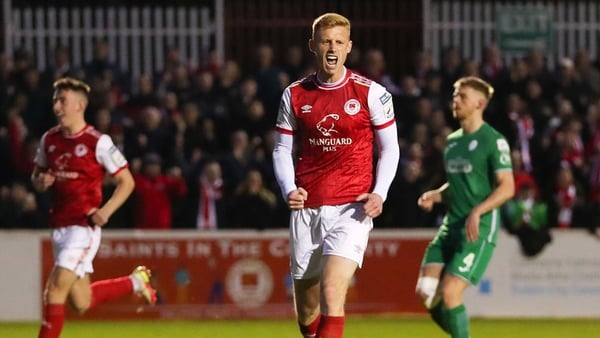 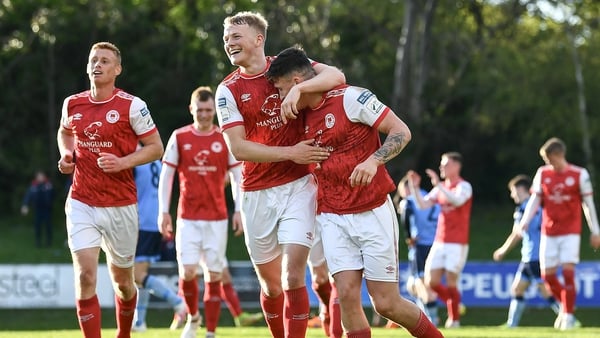