St Pat's manager Liam Buckley is urging his players to seize the opportunity as they welcome Dinamo Minsk to Richmond Park for the second-leg of their Europa League second-round qualifier tonight (7.45pm).

A late goal from Christy Fagan gave Pat's a very valuable draw in the Belarusian capital, and now Buckley wants his charges to "grab the tie" on home ground.

Speaking to RTÉ Sport ahead of the game, he urged his players to produce a similar performance to the one they delivered on the continent last week.

While the side have gotten some good results on the road in recent years, they have often struggled at home - in 2014 they drew 1-1 away to Legia Warsaw before going down 5-0 in Dublin - and Buckley wants the side to nail the tie at home.

He admitted they'll "need to be a little more patient and organised in terms of not losing the tie."

Dinamo Minsk did enjoy more possession last week, and created more chances, but Buckley says "there wasn't a huge amount in it."

"We had our fair share of possession. We showed the lads the highlights and I think there were 12 attacks from them and 11 from us."

In typical knock-out fare, both sides sat back for periods of the game, allowing the opposition to have the ball and play it laterally across the field.

Buckley expects more of the same tonight and also admits that the Belarusians, runners-up in their domestic league last year, will be favourites.

"They would be favourites - they've made the group stages the last two years.

"I think there might have been an element of complacency on their part because of previous results from Belarusian teams against Irish teams.

"All of the sudden they have a tie here. It’s 1-1, it’s in the mix and if we play like we did last week they’ll have a game on their hands."

Knowing that a scoreless draw will see them progress thanks to Fagan's strike in Belarus, the Dubliner says it is important they try keep a clean sheet.

"We've got to set our stall out not to lose the game. If we can develop our own style, which we did out there, but stay collectively tight when we don’t have the ball, we’ll give ourselves a chance at keeping a clean sheet.

"I said to the guys: 'you just can’t let these [opportunities] pass you by. In the blink of an eye you can be out of the competition'." 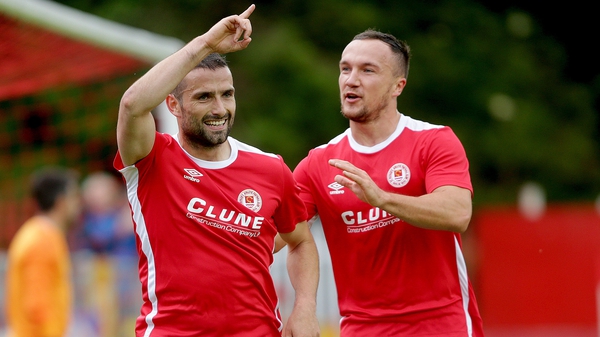