Shamrock Rovers fans and those running the club need to readjust their expectations in the wake of Pat Fenlon’s sacking last Sunday, according to Alan Cawley.

The Hoops are now on the look-out for their fourth manager since current Northern Ireland boss Michael O’Neill, who won two league titles and earned a Europa League group stage place, left in 2011.

Dundalk’s Stephen Kenny, who has won back-to-back Premier Division titles in the last two seasons, Trevor Croly and now Fenlon have all departed after failing to live up to expectations at the Dublin club.

Rovers are 14 points behind Dundalk in the table and must overcome a 2-0 deficit away to Finnish outfit RoPS Rovaniemi in order to progress in the Europa League.

“There comes a time when maybe the expectations needs to dampen down a little bit – from the fans and from the board,” Cawley, who won the Premier Division with Shelbourne in 2004, told RTÉ’s Soccer Republic.

“For them to realise that whoever they appoint as new manager, that they give them a bit of time to build something.

“We all perceive Shamrock Rovers to be a big club, and they are, one of the biggest in the country, the best record – 17 league titles, 24 FAI Cups – absolutely one of the big clubs.

“Sacking managers after nine, ten months, I think that might need to change"

“So it’s not like they’ve been dominating the domestic scene, winning league title after league title.

“So there comes a point, I feel, for the board now [to take stock].

“We’ve seen it with Stephen Kenny only getting six, seven months, Trevor Croly nine or 10 months. Here’s Pat, a year and a half.

“[The fans] are living in the past...barring Michael O’Neill’s success, which was a brilliant success, and the club should have built on that and gotten even stronger but if anything they’ve gone backwards since that.

“Sacking managers after nine, ten months, I think that might need to change.” 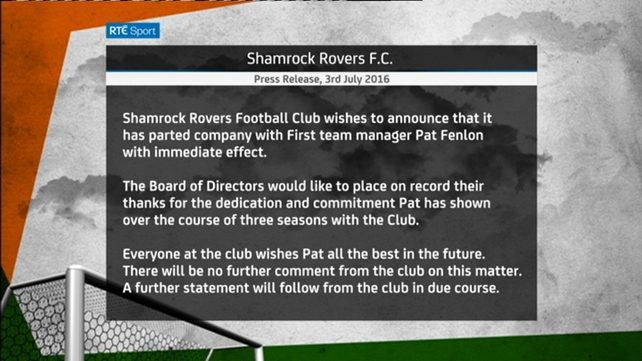 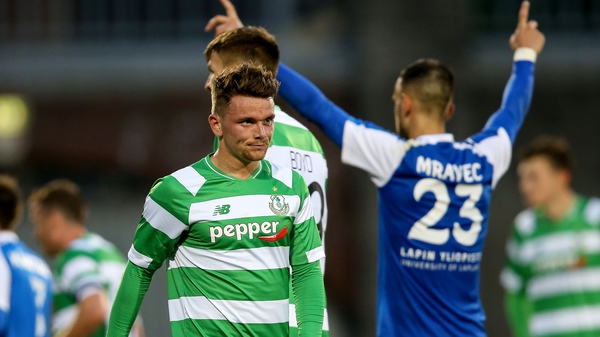