Shamrock Rovers manager Pat Fenlon believes his team are still in with a fighting chance of reaching the next round of European football, despite the 2-0 home reversal to Rovaniemi.

Jarkko Lahdenmaki and Janne Saksela scored in each half for RoPS in the first round qualifying of the Europa League and the disappointing attendance of 1,908 made their feeling known after the second goal went in and at the final whistle.

RoPS included two senior internationals in their starting eleven, Finland midfielder Saksela and their skipper Abdou Jammeh, who is also the captain of Gambia and Fenlon admitted that overturning the two-goal deficit in Finland is a tall order.

“It's going to be a big ask, but I don't think there was much in the game,” he said.

“We gave away two good goals, but the next goal is the big one when we go away from home.”

Fenlon was pleased with their bright start to the game and believes Rovers “didn’t deserve” to lose 2-0, but is under no illusions at the challenge facing the SSE Airtricity side.

“They're a decent outfit and came close enough to winning the league last year, so we were expecting a decent enough team coming here.

“The next goal in the tie is massive. If we can get it, it changes the face of it [the tie]". 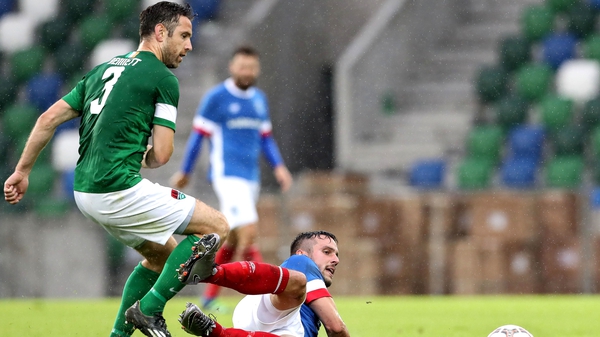