New Celtic recruit Kristoffer Ajer is convinced he will get his chance to shine for the Hoops after watching Brendan Rodgers' notorious Liverpool documentary.

The highly-rated Norwegian teenager was persuaded to sign for the Glasgow giants by former Parkhead boss Ronny Deila.

But it is Rodgers he will now have to impress after Deila quit at the end of last season.

However, Ajer - who has already racked up more than 50 league appearances for former club IK Start while aged just 18 - is confident he will be have plenty of opportunity to make the breakthrough at Celtic after watching how Rodgers operated as Anfield boss.

The Norway Under-21 midfielder told the club's official website: "I watched a lot of games when Brendan was the Liverpool manager and he's a great manager and I'm looking forward to training with him.

"It's a dream come true being able play under Brendan Rodgers"

"I haven't met him before but I have heard some great things and I'm really excited.

"I spoke to a few guys back in Norway that know him and I also talked to my agent and Ronny and they all said really good things about Brendan.

"I have seen him being interviewed on TV and his documentary at Liverpool, and he looks great at working with the young kids in the squad which is perfect.

"I knew that Ronny might not be here when I came in but then I saw Brendan Rodgers had been appointed, and what he brings with him made me really excited.

"It's a dream come true, being able play under Brendan Rodgers and play alongside so many great players.

"He wants the team to have the ball and be comfortable with it and I like to play in that way so I'm really looking forward to it, along with walking out at Celtic Park and hearing You'll Never Walk Alone."

Celtic have already sold more than 41,000 season tickets and Ajer - who has joined the Hoops on a four-year deal after agreeing a pre-contract earlier this year - admits walking out to a sold-out Parkhead will be like nothing he has experienced before.

"In my head I have dreamed about that so many times since I signed for Celtic," he said. "Here in Norway we have five or six thousand at each game and at Celtic there will be 50-60,000 at some games so that will be crazy.

"For me it's a big dream come true to play in front of so many people. At Start we sold 900 season tickets this year so it's a big difference and that's what football is all about, playing in front of amazing supporters and hopefully we can bring them some success.

"I'm most looking forward to just being a professional footballer and living out my dream, to walk out at Celtic Park in front of thousands of supporters and hopefully score some goals and celebrate in front of so many people.

"I do extra training a lot by myself and I always picture this in my head and I really think it will be similar to what I will actually experience at Celtic.

"I am really looking forward to the big change from Norway to playing in front of so many fans. I'm really proud to become a Celtic player."

While the talented teenager knows there is still room for him to develop as a player, he wants to stake a claim for a starting slot when the Scottish champions gear-up for the new campaign during their pre-season tour of Slovenia.

"It's important as I want to play a lot next season and if you want to do that you have to perform in training and in the games," he said. "I'm looking forward to pre-season and travelling to Slovenia, where I will try to play well and to get to know the players and staff." 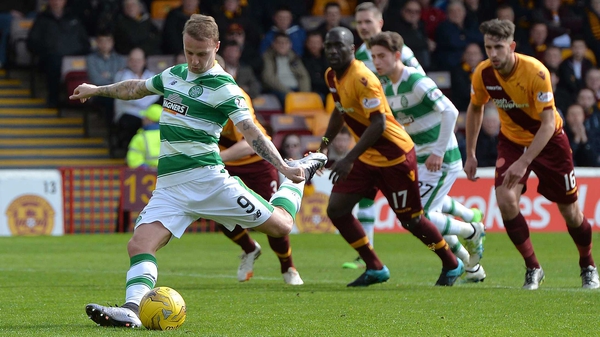