Leigh Griffiths is aiming to reach a century of Celtic goals next season as he looks to join an elite band of Parkhead strikers.

The Scotland international claimed a clean-sweep of individual prizes last term after his incredible 40-goal campaign.

That now puts the 25-year-old, who joined the Hoops from Wolves in January 2014, on 67 Celtic strikes and he is edging ever closer to the 100-goal milestone for the Scottish champions.

If he can reach three figures, he would become the first inductee into an exclusive club - which includes the likes of Henrik Larsson, Jimmy McGrory and Bobby Lennox - since Welsh hitman John Hartson joined it 11 years ago.

Team-mate Kris Commons, who has 91 Celtic goals, is closer but Griffiths is hoping to hit his ton-up target next season with the help of new manager Brendan Rodgers.

That would be a remarkable turnaround for a player who was forced to prove himself to the Parkhead faithful after making his switch from Molineux.

Griffiths, who is contracted to the club until at least 2021, told the Celtic website: "Kris is closer to 100 than me but if I can keep having a consistent run in the team like I did last season then I'm confident of getting there. I need 33 more goals to get to the 100-mark, so hopefully next season I can do that.

"Obviously to join the 100 club would make me among an elite band of players and hopefully I can start making a name for myself."

He added: "It's always nice to have a good relationship with the fans as you don't want to have them on your back and the only way I can keep that relationship going is by performing on the park and scoring goals.

"It's nice that I have managed to change people's minds. I had a few ups and downs but last season there were a lot of ups and hopefully that will continue." 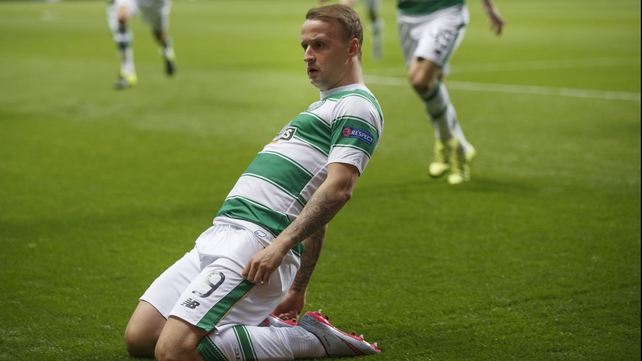 Griffiths has scored plenty of memorable goals for the club, but he admits his favourite Hoops strike was not his most eye-pleasing.

"My favourite goal at Celtic Park was the one against Partick Thistle in January when I scored in the 90th minute," said the former Livingston, Dundee and Hibernian poacher. "It wasn't the prettiest of goals but it's my highlight because of its importance.

"It was in injury time and the fans were beginning to leave the stadium. I had just got back from injury and I said to Ronny Deila to put me on the bench and give me the last half-hour so that I was ready. It took me 29 minutes to come up with the goods but the importance of the victory was huge."

Before returning to Lennoxtown for pre-season training on June 20, Griffiths aims to keep an eye on England's performance at Euro 2016.

Scotland will face the Auld Enemy during their qualifying campaign for the 2018 World Cup and Griffiths said: "I will watch a few of the games and maybe see how England get on.

"We have them in the qualifying campaign coming up so it will be interesting to see how they get on but I think Germany will win it." 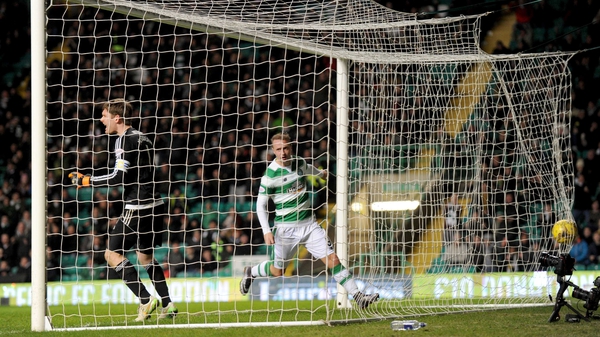