Rangers have confirmed the signing of Joey Barton after the former England midfielder successfully passed a medical.

The 33-year-old will officially join the club on 1 July after penning a initial two-year deal.

The Clarets had offered the former Manchester City, Newcastle and QPR battler a new 12-month contract but he was won over by Gers boss Mark Warburton and his promise of longer-term security.

It became clear Barton was heading to Ibrox on Monday after he sent a pair of cryptic tweets containing lyrics from songs popular with the Light Blues faithful.

He then travelled north the following day for a medical at the club's Auchenhowie training base before thrashing out the final details of his contract.

Barton - who was given a guided tour of the facility and Ibrox by Warburton during a flying visit to Glasgow last week - took to Twitter to confirm his exit from Turf Moor.

Paying tribute to the Clarets faithful, he said: "Thanks to all the Burnley fans and everyone connected to the club. Amazing support this year that will live with me for a lifetime.

"Toughest decision of my professional life to leave an amazing set of people and a phenomenal culture behind.

"Club is in a great place on and off the pitch with great custodians at the helm. Thanks again for the opportunity to represent your club.

"I was presented with an opportunity and challenge the competitive animal in me just could not turn down. Onwards and upwards now."

Barton had hoped his move north would signal a return to European action but has not been put off joining the Gers despite seeing their Europa League hopes evaporate with Saturday's 3-2 defeat to Hibernian in the final of the William Hill Scottish Cup.

Warburton will see the signing as a major coup as he prepares to do battle with Celtic and their new manager Brendan Rodgers next term.

Barton was named Burnley's club player of the year as he helped lead Sean Dyche's side back to England's top division as Sky Bet Championship winners. 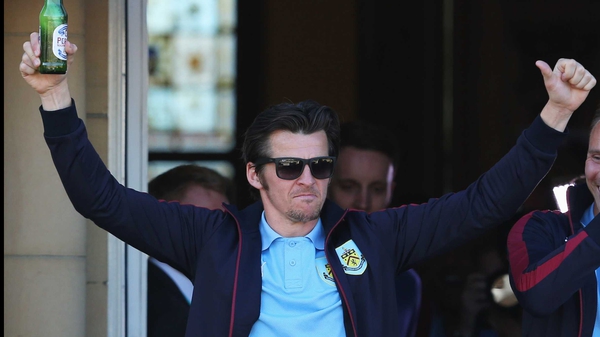