FIFA's ethics committee has recommended a two-year ban from all football activities for former German FA president Wolfgang Niersbach for an alleged bribe paid to secure the right to host the 2006 World Cup.

Niersbach, a member of the FIFA Council, resigned as the boss of German football in November, saying he took "political responsibility" for the scandal but denied any personal wrongdoing.

FIFA's ethics chief Dr Cornel Borbely opened the investigation in March and last month passed on his report to the adjudicatory chamber, which has now decided to proceed with "formal adjudicatory proceedings against Mr Niersbach".

In his report, Borbely has called for a two-year ban and a £21,000 fine for breaches of four articles of the FIFA Code of Ethics.

The decision to proceed with the case was taken by the deputy chairman of the ethics panel, Alan Sullivan, and Niersbach can now ask for a hearing and submit his own evidence.

The payment at the centre of this controversy was made in 2005, when Niersbach was an executive vice-president of Germany's organising committee for the 2006 World Cup.

He has always claimed that it was part of a FIFA financing deal to unlock a £173m grant for World Cup staging costs.

But a 2015 report by German magazine Der Spiegel has alleged it was pay-back for a loan made by former Adidas boss Robert Louis-Dreyfus to bribe voters to choose Germany when the decision was made in 2000.

Allegations of corruption have surrounded that vote from the moment it became known that Oceania delegate Charlie Dempsey abstained in the final round.

The New Zealander was supposed to have voted for South Africa, which would have made it 12-12, giving the casting vote to then FIFA boss Sepp Blatter who wanted to take the World Cup to Africa.

Dempsey said he abstained because of the "intolerable pressure" he had been placed under by both the German and South African bids.

The claims did not stop there as reports emerged in the German media that the government and leading domestic businesses appeared to be trying to influence FIFA voters from Asia with arms sales and commercial investments.

Niersbach, now 65, has always vigorously defended his and the bid committee's actions, and he has remained prominent at FIFA, including during last week's congress in Mexico City.

Niersbach is also a member of UEFA's executive committee and UEFA issued a statement which read: "UEFA has taken note of the opening of proceedings by the FIFA Ethics Committee against Mr Niersbach and will closely follow developments in this respect. There are no further comments to be made at this stage of the proceedings". 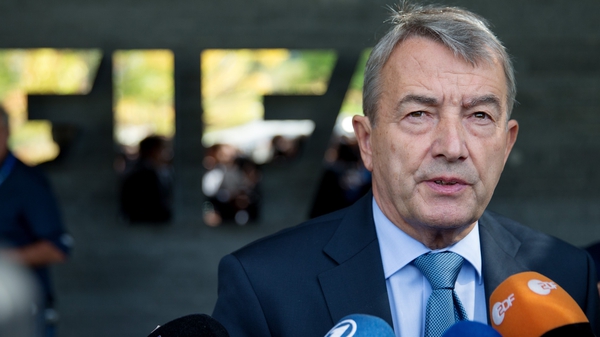